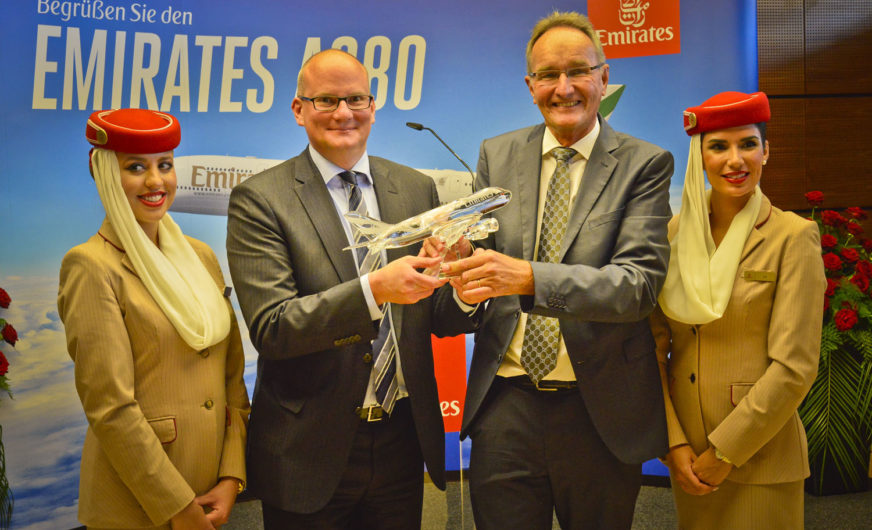 June 22 was a memorable day for Vienna International Airport: Emirates Airline’s 80th wide body A380 aircraft landed in Vienna. The aircraft arrived in Austria’s capital directly from the Airbus production facility in Hamburg

This special visit by Emirates’ 80th A380, captained by Austrian national Florian Ragg, was the final stage in the process of preparing regular reoperations starting July 1. During the stay technical procedures were tested: movement of the aircraft into its correct parking position, docking procedures to the Pier East, loading of catering and baggage and cabin cleaning procedures. To provide a large enough space for docking and handling of this wide body aircraft four airport gates will be merged into one.

Emirates has served the Vienna-Dubai route since 2004. Tourism in Austria, as well as directly or indirectly linked industries such as trade, transport and infrastructure will benefit from the introduction of the A380. Emirates’ 14 weekly frequencies support close to 1,800 full-time jobs in Austria, generating economic impact on the national GDP worth approximately EUR 179 million a year (according to a study by Frontier Economics Ltd. In 2015)