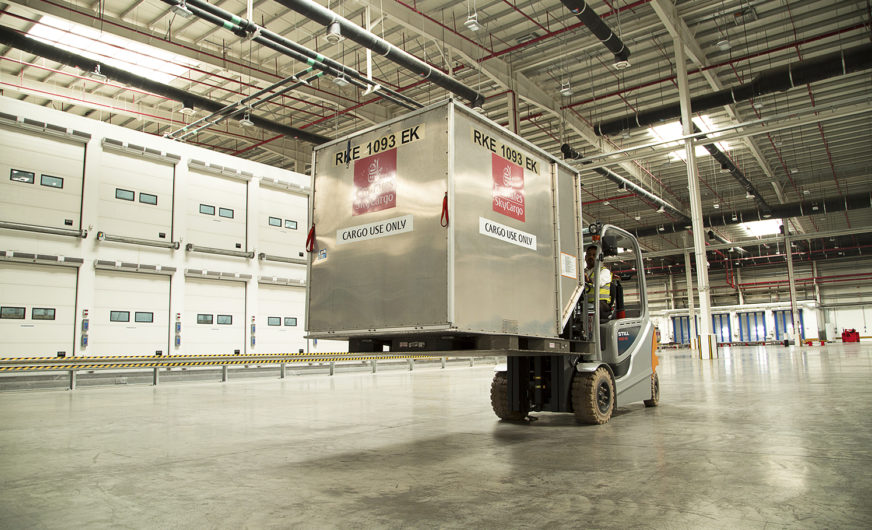 Emirates SkyCargo, the freight division of Emirates Airline, has further strengthened its route network with the launch of a weekly freighter service to Phnom Penh, Cambodia, starting 6 April 2016. The new freighter service to Cambodia’s capital is the carrier’s 53rd destination in its worldwide freighter network and the 13th in the Far East.

“Cambodia’s air cargo market is growing at a robust rate with Europe and the United States being key export markets. Establishing a presence in this market will position Emirates SkyCargo to benefit from the healthy growth potential. Our strong route network and Dubai’s location as a global cargo hub mean that we can connect our customers in Asia to 150 destinations, including 42 gateways in Europe, 14 gateways in North America and 27 gateways in Africa,” says Hiran Perera, Senior Vice President, Emirates SkyCargo.

According to Cambodia Airports, which manages the country’s three international airports, the volume of air freight shipments to and from Cambodia increased 14 per cent in 2015 to 38,065 tonnes. The Cambodia-EU trade lane for air cargo is also one of the fastest-growing trade lanes linking emerging and developed markets with a compounded annual growth rate of 16.5 percent in the last three years (2012 to 2015). The main imports to Cambodia are expected to include fabric and leather while the main exports are textiles and garments.

Emirates SkyCargo will be starting its service with an MD 11 freighter aircraft, providing dedicated outsourced capacity for 80 tonnes of cargo. The aircraft’s wide body will also enable it to uplift outsized cargo and carry larger consignments.

In addition to belly-hold cargo services on Emirates’ fleet of 236 aircraft, Emirates SkyCargo has a fleet of 15 freighters, comprising 13 Boeing 777Fs and two Boeing 747-400 ERFs that operate from their base at Dubai World Central’s Al Maktoum International Airport.

The Phnom Penh service will operate as follows: