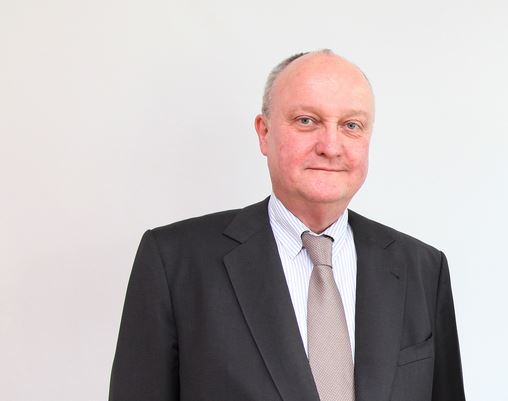 Dr. Gunther Jaegers (Reederei Jaegers GmbH, Duisburg) has assumed the office of the President of the European umbrella organisation of the inland shipping industry (EBU) on 7 April in Brussels. He will hold this position for two years, representing the German inland shipping industry within the national association Bundesverband der Deutschen Binnenschifffahrt e.V. (BDB). More members of the EBU, founded in 2001 in Duisburg, are the Netherlands, Belgium, France, Switzerland, Austria, Luxemburg, the Czech Republic and Romania.
Gunther Jaegers succeeds the previous President Didier Leandri (CAF, Paris), who had been holding the position since April 2014. Paul Goris, President of the Dutch trade association CBRB, was appointed Vice President.
In his new function in this European top position Gunther Jaegers emphasised on the meaning and the potential of European inland shipping in the presence of Henrik Hololei (DG MOVE), General Director of the EU Commission. Per year a volume of 500 million tonnes of cargo were transported, and also the passenger shipping business has a growing significance for the tourism sector.
He called for a strong support in Europe for these alternative modes of transport, which among others, must be reflected in a greater financial contribution to actions to develop the European waterway network. Gunter Jaegers explained the need for investment by the current situation of the waterway infrastructure in Germany, where 85 percent of the locks are in an insufficient state.
For many years Dr. Gunther Jaegers, as a tanker industry entrepreneur, showed commitment to the further development of inland shipping in Germany and Europe, and has been holding various honorary positions.
Born in Aschaffenburg, among others, is a Member of the Board of the BDB e.V. since 2001; 2006-2012 Dr. Gunther Jaegers held the office of the BDB President. He is Chairman of the Commission for the tanker industry in the EBU and Chairman of the board of the administrative board of Duisburg Versuchsanstalt für Binnenschiffsbau (DST).
www.Binnenschiff.de