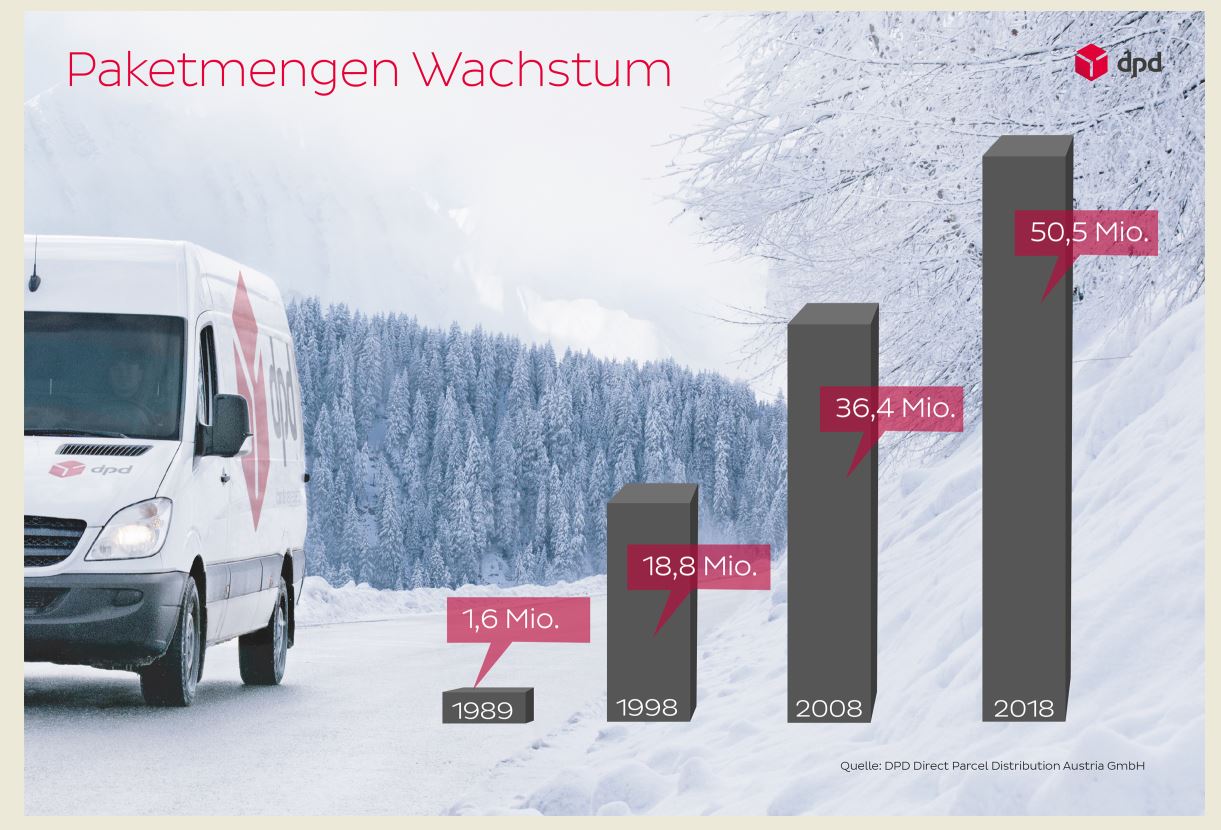 For the first time, DPD Austria carried more than 50 million parcels in 2018, surpassing the previous year’s figure by 4 per cent. Including their premium service “primetime”, almost two million parcels more were transported, than in 2017. This meant a daily average of 203,600 parcels, which were mainly sent and delivered in Austria, as the company announces in a press release.

The past two years have been characterised by major investments at DPD. “Thanks to our investments worth more than EUR 30 million into buildings, cargo hold, technology, safety and fleet, we have successfully met the challenges of the market and strengthened our market position as the largest privately-owned provider,” says Rainer Schwarz, Managing Director DPD Austria.

Germany is still number 1 of the foreign destinations with a share of around 67 per cent. Italy and France are ranked second. Most of the parcels were shipped to business customers, which, according to the company, maintained and consolidated its position as the largest provider in the B2B segment.

In order to meet the ever-increasing demands and industry growth, the network expansion will be continued in 2019. “Investing around EUR 9 million, we will expand more depots and also build a new depot,” said Rainer Schwarz.

There are around 1,700 employees working for DPD throughout Austria. The company has a transport fleet of 1,200 vehicles. The DPD Pickup Parcel Shop Network comprises over 1,200 parcel pick-up and pick-up points throughout Austria.