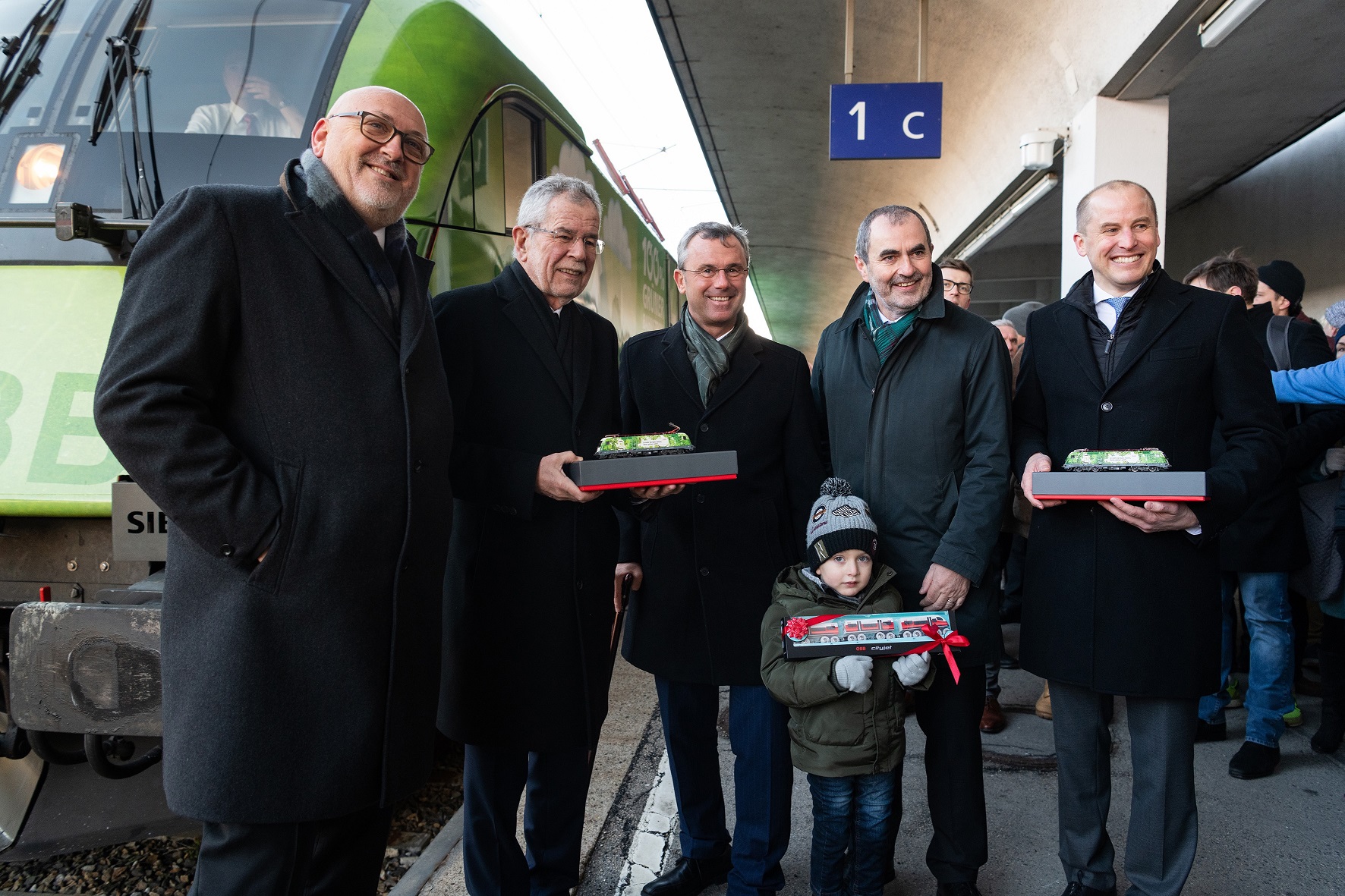 “Noah’s Train” departed on 14th December 2018 in Katowice, Poland. Via Vienna, Berlin and Paris it finally travels to Brussels. The containers are green in their initial state and are continuously transformed into artworks. Two containers each are contributed by the railway operators PKP Cargo, DB Cargo, Lineas, SNCF and the RCG and are designed by local Street-Art artists on its way.

On 14th January the train was ceremoniously received at Vienna’s Westbahnhof station by Federal President Alexander van der Bellen, ÖBB CEO Andreas Matthä and the international CEOs of the Rail Freight Forward Initiative, before the train continued its journey to its next stop in Berlin. The train shall to draw attention to the Rail Freight Forward coalition’s goal of shifting 30 per cent of freight to rail by 2030.

To draw the attention to all this the Rail Freight Forward coalition was formed. Rail Freight Forward is a coalition of rail freight companies that have set themselves the goal to drastically reduce the negative effects of mobility and freight traffic on our planet. By 2030, the transport industry must reduce its current CO2 footprint by 25 per cent, and a third of this effort must be in freight transport.

The background to all of this is the enormously growing transport industry in Europe. The freight volume is expected to increase to 30 per cent by 2030. Today, however, 75 per cent of all freight is transported on the roads, and that figure is rising steadily. This means that if no action is taken, the current emissions of the freight industry – around 275 million tonnes of CO2 – will increase by 80 million tonnes per year. The goal is to achieve a share of rail freight of 30 per cent by 2030 (at the moment the share amounts to 18 per cent).