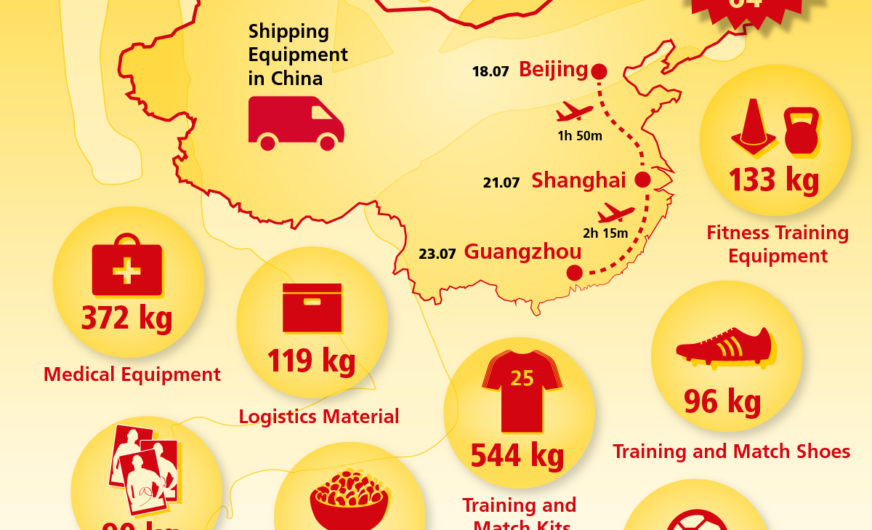 DHL eCommerce has expanded its operations in China focusing on cross-border and domestic e-commerce services. On 21 July the company announced the launch of a new DHL eCommerce Shanghai Terminal located in Jiuting and plans to launch additional drop off centres in North and South China by end of 2015 to benefit manufacturers in China.
The new terminal in Shanghai is a dedicated facility for DHL eCommerce to tap on the burgeoning e-commerce sector in China. The facility functions as the central point of consolidation of e-commerce goods from China for global distribution.
The company already operates its own centre out of Hong Kong, but establishing a base in Shanghai will help reduce transit time by up to three days for manufacturers, particularly in eastern and northern China.
“We’re excited by China’s e-commerce sector where the trade volume in the first five months of 2015 was already equal to the whole of 20141.
With about 95% of outbound logistics volume expected to come from nine provinces, we will continue to invest to grow our footprint in China and support the rising market demand. By the end of the year, the Shanghai Terminal will be complemented by a network of drop-off centres in North and South China. These centres will help provide regional consolidation of the large volumes, aggregating the shipments before they move to the Shanghai Terminal for final distribution around the world,” said Thomas Kipp, CEO, DHL eCommerce.
According to FC Bayern Munich, the Summer Tour has generated a significant spike in interest and transactions in the Club’s online flagship store, its first international online store outside Germany.
Launched in May on Tmall Global, an overseas platform and an extension of Alibaba Group’s B2C Tmall business in China, the FC Bayern Munich’s online flagship store offers a range of the team’s merchandise, including the 2015/16 home jersey, ready to be shipped by DHL eCommerce to fans in China.
“The FC Bayern Munich online store was launched to provide our 90 million local Chinese fan base a means to access the same, quality merchandising worn by their favorite international soccer stars. Since the grand opening in May, we’ve seen more than 7,100 online purchases on our new web shop and expect our Audi Summer Tour in China will expand our touch points with our Chinese fan base even further. We’re delighted that our fans will be watching our games, rooting for their team in their home jerseys”, said Karl-Heinz Rummenigge, Executive Board Chairman of FC Bayern Munich.
www.dpdhl.com