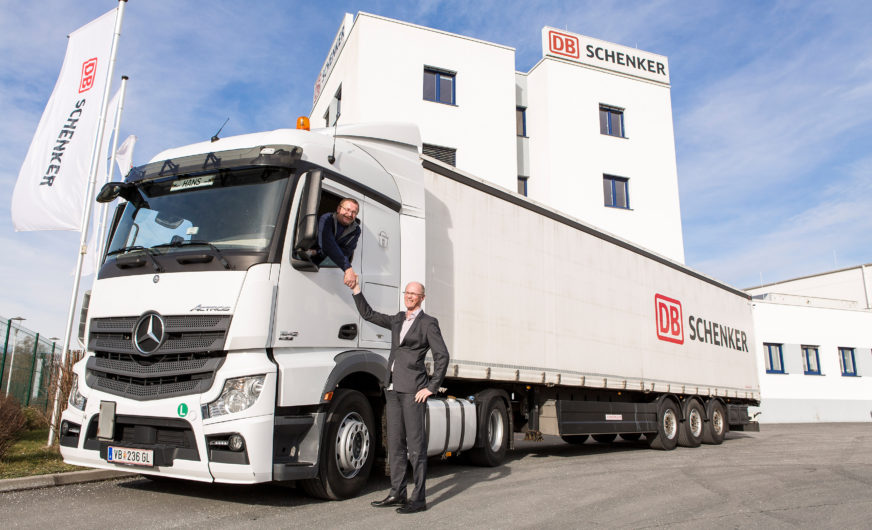 After the sanctions were ended, the economic relations between Iran and Austria are gaining impetus again. Against this background the transport and logistics company DB Schenker has re-activated its network, sending a first groupage truck from its Salzburg branch to Teheran. Its arrival in the capital is expected after ten days.
“Iran is a highly interessting market for our customers. Thanks to our existing network, we are able to respond quickly and cost-efficiently to the growing demand“, says Mag. Helmut Schweighofer, CEO DB Schenker in Austria and Southeastern Europe, during an expert discussion.
DB Schenker joins transports from all over Europe in Austria and sends them via the Balkans and Turkey to the border with Iran. During the past weeks some full loads have been carried to Iran already, including about
22 tonnes of infrastructure material for the construction of a steel plant.
Also goods transport as sea or air freight is available; rail transport is being prepared. Due to regulations that still apply, the forwarding company has set up a designated expert hotline and an Iran chat on its website www.dbschenker.com/at Due to the sanctions the logistics provider had to freeze its commitment with a longstanding partner company in Iran. As DB Schenker had been present in Iran already in the 1950s, the existing network could be reanimated quickly. In 1975 already, the one-thousandth truck departure to Teheran was celebrated.
Before the end of this year they will form a joint venture, followed by a national subsidiary later on.
www.dbschenker.com/at