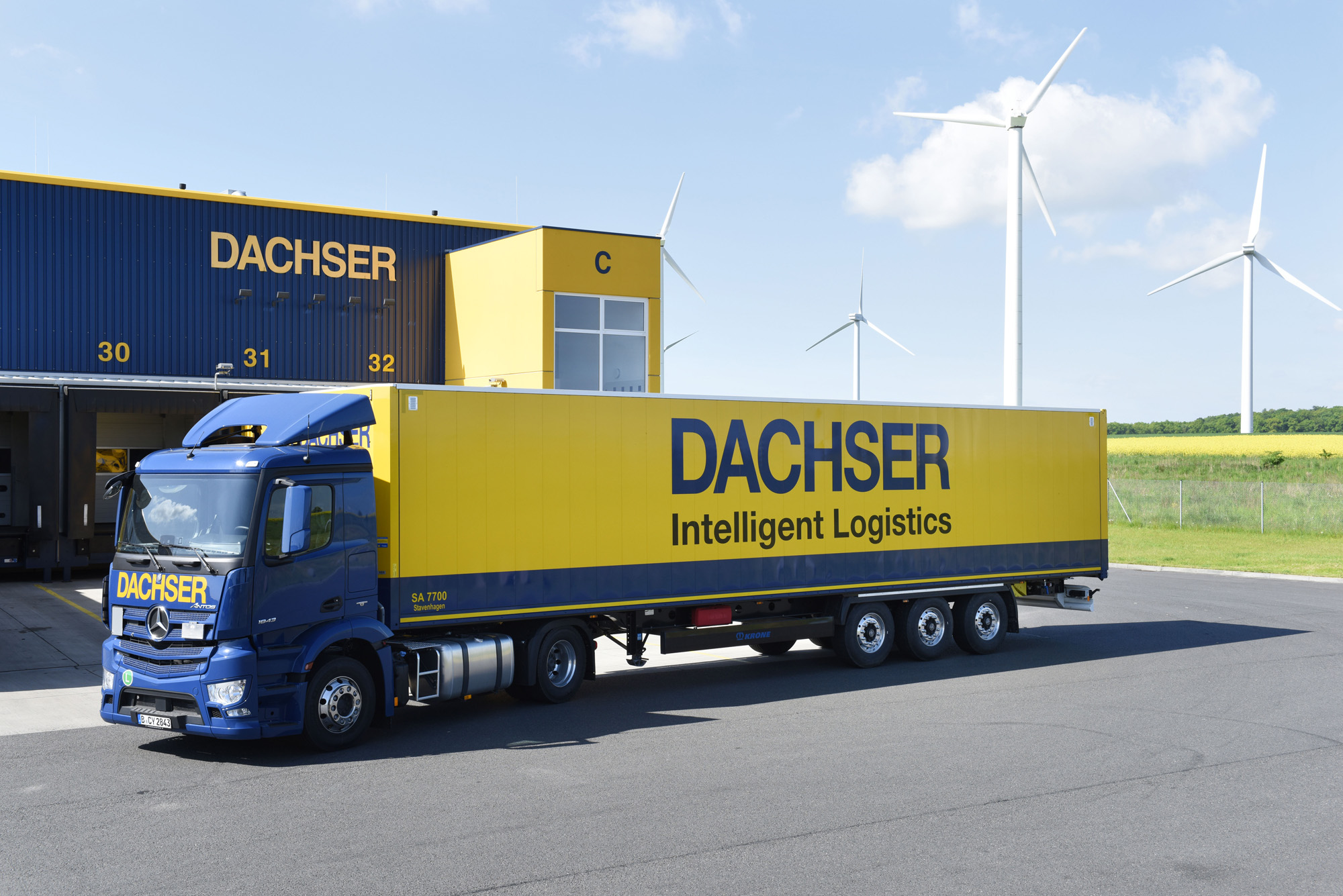 In Austria Dachser runs a strong network of ten locations, and currently employs 526 people. The logistics hub in Hörsching provides connections throughout Europe.

In the 2017 financial year, Dachser SE for the first time achieved revenue of over EUR 6 billion. The global logistics provider handled a total of 81.7 million shipments (+2.1 per cent) weighing 39.8 million tonnes (+4.3 per cent), which are historic record levels. On a global level, the group created 1,648 new jobs in 2017.

In 2017, the Road Logistics business field, which comprises the transport and storage of industrial goods (European Logistics) and food (Food Logistics), achieved gross revenue of EUR 4.44 billion (+3.1 per cent). Shipments and tonnage increased by 2.1 and 3.6 per cent respectively.

In the Food Logistics business line, growth was once again above average. This was thanks to the German business, with a contribution from several new customers acquired for cross-border transports.

In the Air & Sea Logistics (ASL) business field, greatly invigorated business combined with a rise in freight rates – especially in air freight – to push gross revenue up by 15.7 per cent to EUR 1.79 billion. All three regional ASL business units saw double-digit percentage increases in revenue, with the Asia business achieving the largest revenue growth, of over 20 per cent. The number of shipments the business field handled overall went up 6.7 percent, while TEUs and tonnage increased by 8.5 and 23.3 per cent, respectively.

“Air and sea freight is a volatile business with revenue as ever swinging between extremes,” Simon says. “We are, however, focused on ensuring sustainably profitable growth. So we are increasingly dovetailing our two business fields and are pushing forward with system integration.”