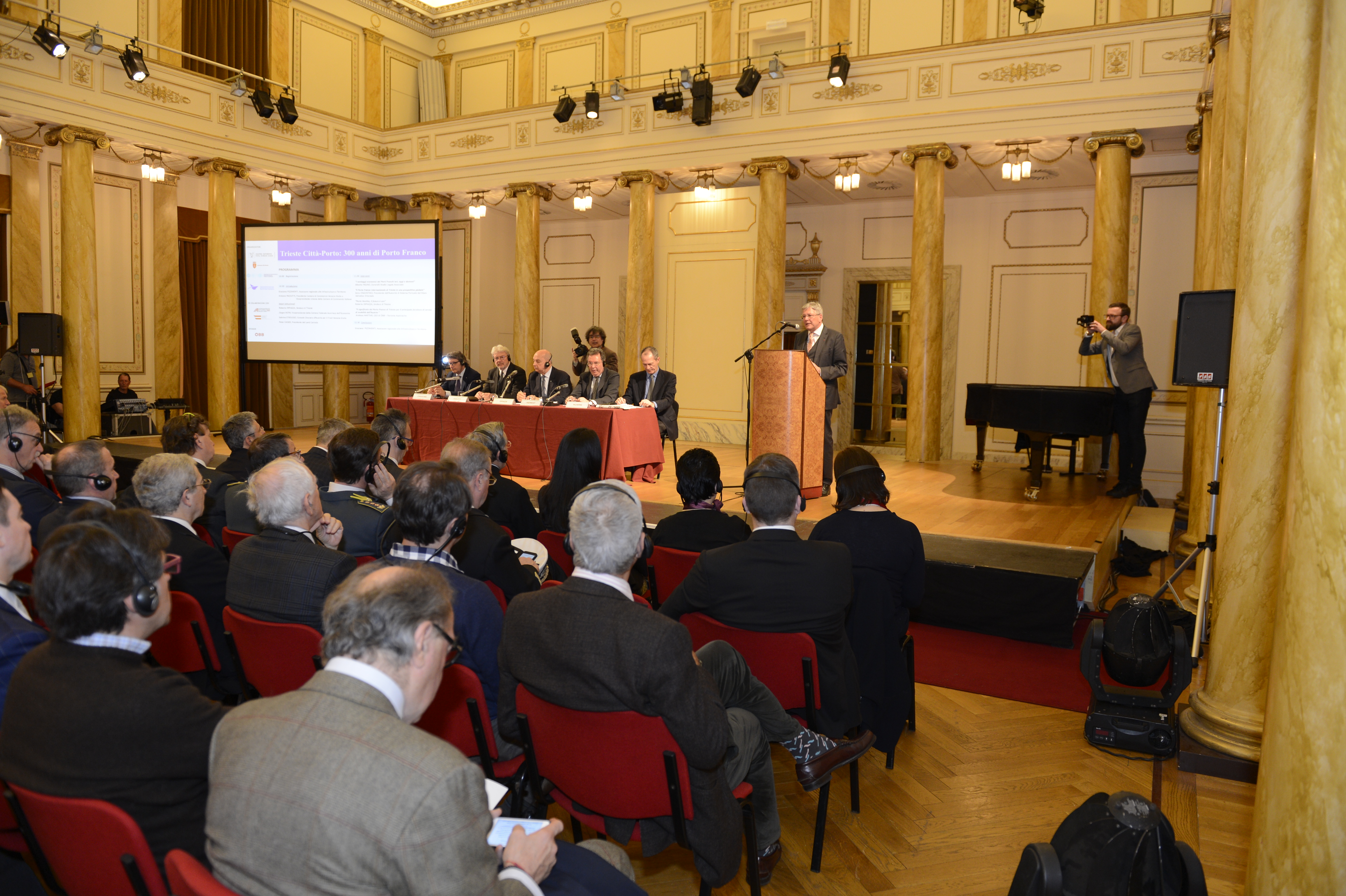 In 2019, the free port of Trieste, the “Interporto di Trieste”, celebrates its 300th anniversary. The celebration on the occasion of its proclamation on 18 March 1719 took place yesterday at the Teatro Verdi in the presence of Carinthia’s Governor Peter Kaiser.

“What Emperor Charles VI realised 300 years ago is still of great importance for Carinthia and Trieste as the gateway to Europe. Trieste was, is and always will be an important part of Europe and especially the economic contacts between Austria and Italy,  said the Governor of Trieste.

The traffic on the Baltic-Adriatic Axis will soon pick up speed, especially after the completion of the Koralm Railway. Especially the regions of Friuli Venezia Giulia and Carinthia will profit from it. “Therefore, together with Trieste, we want to support the development of a customs corridor on a political level. This means that the Logistic Center Austria South in Fürnitz will also be further developed and upgraded as a dry port,” explains Peter Kaiser.

The Logistics Center Austria South lies at the crossroads of several traffic axes and is therefore of great interest for the distribution of logistics goods from Trieste. Peter Kaiser emphasized: “It is planned to enter into a very close connection with the port of Trieste and the Fürnitz terminal. There are ongoing discussions with Railcargo Austria, but also with our Italian partners. The Logistic Center Austria South shall become a linchpin for goods traffic. The fascinating thing is that we can create a customs corridor in Europe for the first time.”