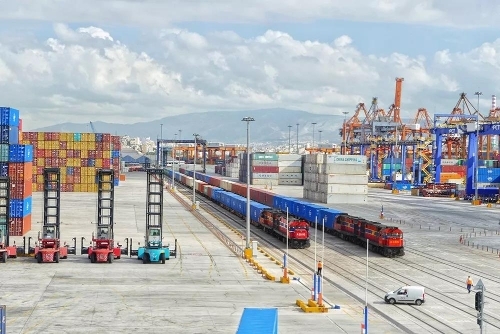 The China-Europe Land-Sea Express Line, which starts from the Piraeus Port in Greece and expands to the hinterland of Central and Eastern Europe, covering North Macedonia, Serbia, Hungary, Austria, Czech Republic and Slovakia, is the third new trade corridor from the Far East to Europe and effectively connects the 21st Century Maritime Silk Road and the Silk Road Economic Belt. In 2019, over 1,000 runs of trains are estimated to be sent along the China-Europe Land Sea Express Line, with a total freight volume of about 80,000 TEU.

Through this equity acquisition, OceanRail Logistics S.A. will obtain the railway operation qualification in Europe, thus further consolidating the resource development of Cosco Shipping in the railway transport corridor of the China-Europe Land Sea Express Line and improving its railway operation capacity. It will also play an active role in boosting the rapid business development of the Express Line, building a new China-Europe trade corridor and enhancing the position of the Piraeus Port as a container transit port, a bridgehead of land-sea intermodal transport and an international logistics distribution center.