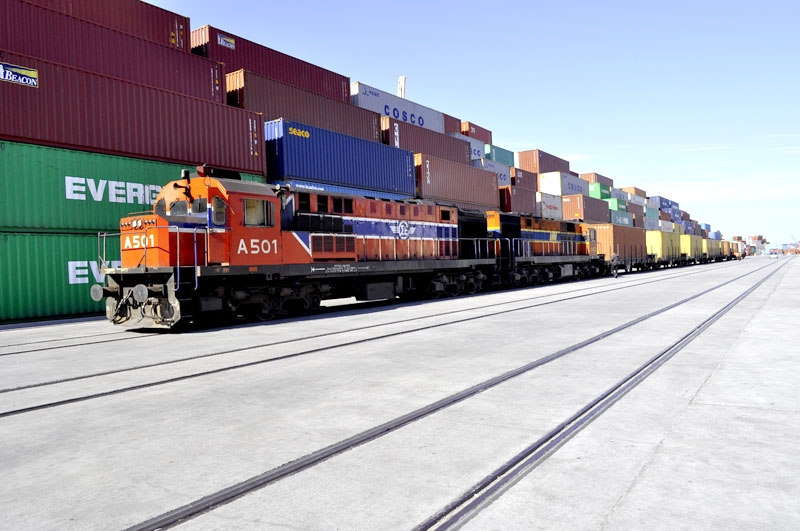 Last week, Chinese Premier Li Keqiang and leaders from 16 Central and Eastern European Countries (CEEC) met at the China-CEEC 16+1 Cooperation Achievements Exhibition at the National Palace of Culture in Sofia, capital of Bulgaria. Over the six years since the launch of the “16+1 cooperation” mechanism, China and CEEC have steadily advanced local cooperation that yields mutually beneficial outcomes in a range of domains, including connectivity, production capacity, infrastructure construction, economy and trade, green economy, as well as cultural exchanges.

As a representative of the Chinese enterprises, Cosco Shipping attended the exhibition and showed the progress and outcomes of its two important projects: the Port of Piraeus and China-Europe Land-Sea Express Line.

As an important project in China-CEEC cooperation, the China-Europe Land-Sea Express Line is the most important passageway that has been newly developed in recent years to connect Asia with Europe. It is not only the extended section of the “Maritime Silk Road” into the European inland, but also an upgraded version of the Hungary-Serbia Railway and another convenient land-sea multimodal transport route for commodity flows from Asia to Europe, based on the traditional maritime and railway land bridges. It has connected many Central and Eastern European countries, with the number of trains serving on the line increasing from three per week in 2014 to 14 per week today.

Directly covering a population of more than 32 million, the China-Europe Land-Sea Express Line has played an active role in promoting the development of trade and transportation between China and CEEC. The Port of Piraeus, as the threshold of the European section of the China-Europe Land-Sea Express Line, has become the biggest and most technologically advanced modern container terminal in Greece under the construction and effective management of Cosco Shipping. As one of the global top 100 container terminals with the fastest growing cargo handing capacity, the Port of Piraeus is also a key hub port for several international container liners in the Eastern Mediterranean.

The exhibited achievements of the two projects have revealed  the significant role played by Cosco Shipping in pushing forward the economic and trade exchanges between Asia and Europe, as well as in promoting the economic development of CEEC. Mr. Lin Ji, President of Cosco Shipping Europa said the company will further leverage the advantage of The Port of Piraeus and China-Europe Land-Sea Express Line to continuously boost the development of this transport line and develop end-to-end supply chain services so as to better facilitate the development of trade and transportation between Asia and Europe.