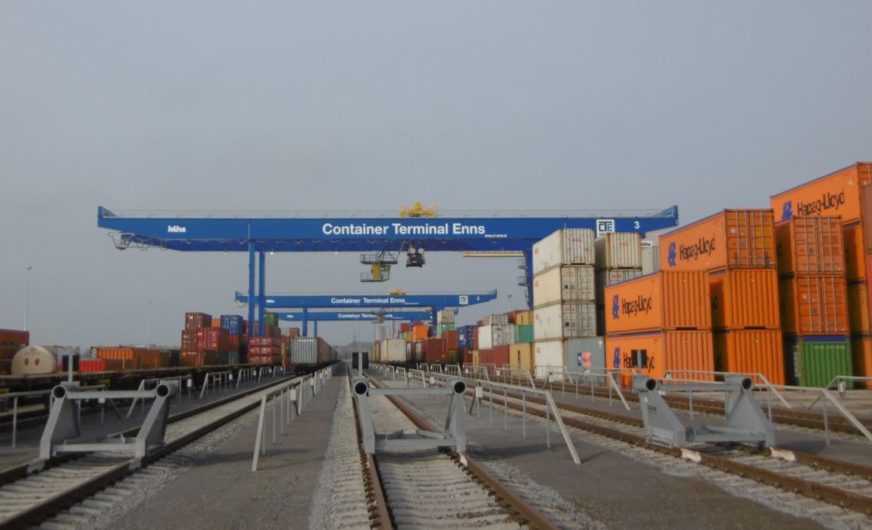 At the Container Terminal Enns (CTE) the new module was solemnly blessed and officially opened on October 25th. Over the next 14 days, the expansion phase, which is budgeted at EUR 9.6 million, will result in the commissioning of 45,000 m² of additional space and a fourth gantry crane.

“This will increase our capacity to more than 500,000 TEU per year,” explained CTE’s Managing Director Otto Hawlicek in his speech. He also announced the completion of two additional highly automated gates for truck traffic.

Thanks to these “fast lanes” for high-volume traffic, truck transporters will benefit from shorter throughput times and thus one to two additional revolutions per day. This also explains why the Enns Container Terminal requires ten tracks of 720 meters each.

In its new form, the CTE presents itself as a fully electric rail-accessible and trimodal location with a total area of 275,000 m², four gantry cranes over ten tracks, and a group of seven tracks. By the end of 2021, the entire terminal operation is aimed to be emission-free.