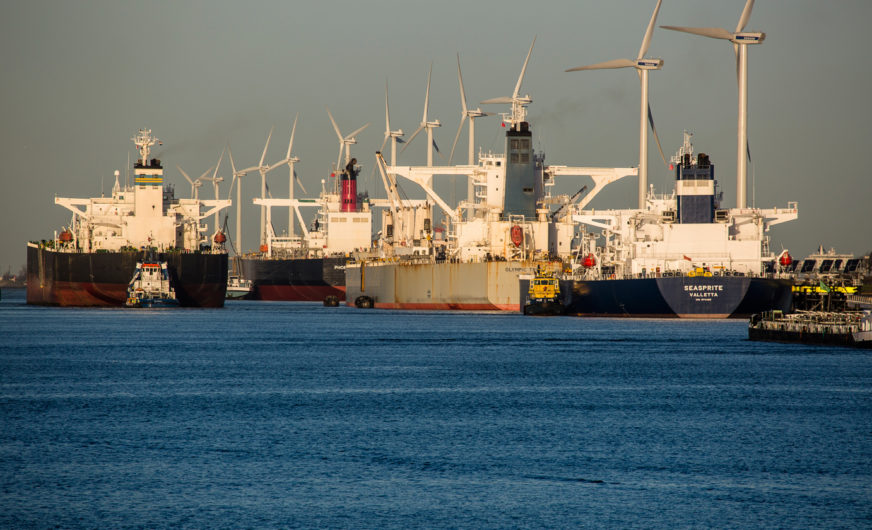 Goods throughput in Rotterdam increased by a total 4.9% to 466.4 million tonnes in 2015. This significant growth is almost entirely attributable to the increased throughput of crude oil and oil products.

Allard Castelein, CEO Port of Rotterdam Authority: “Low oil prices result in high margins for the refineries, so they have large quantities of oil shipped in for refining. This not only applies to the refineries in Europe but also to those in Russia. The latter produce a relatively large amount of fuel oil which is shipped to the Far East via Rotterdam. The result is an 8% increase in the throughput of crude oil and an 18% increase in the throughput of oil products”

The handling of containers fell by 0.5% to 12.2 million TEU and by 1.1% to 126.3 million tonnes ( weight). The volume of transport to Asia, by far the most comprehensive trade flow throughout 2015, increased by 2%. Container transport to Latin and North America fell. Within Europe, transport to the Iberian Peninsula and Great Britain increased.

The strong British economy also played an important role in attracting roll on roll off (Ro/Ro) traffic over the North Sea. An additional factor was that transportation via Calais suffered from strikes, refugee problems and failures in the tunnel under the English Channel. Ro/Ro traffic increased by 10.1% to 22.0 million tonnes.

Other break bulk decreased by 5.5% to 5.7 million tonnes. The main reason was the one-time flow of incoming container cranes in 2014. Together, Ro/Ro and other break bulk make up the category break bulk. This category increased by 6.5%.