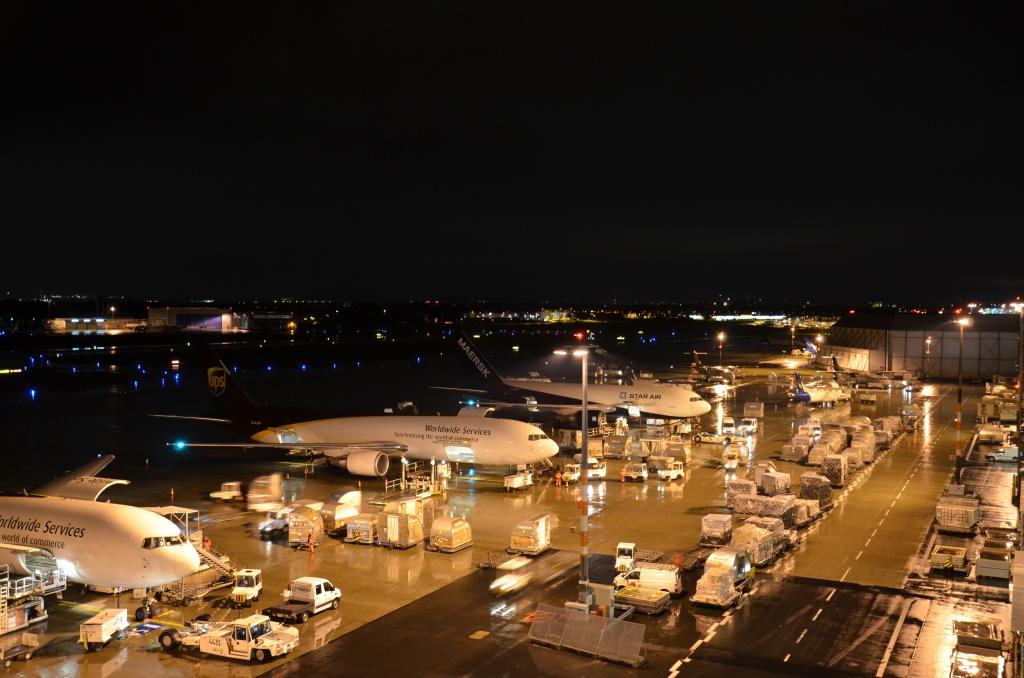 In addition to the UPS Worldport in Louisville (USA) and the Asian Air Hubs in Hong Kong, Shenzhen and Shanghai, the Air Hub in Cologne / Bonn also serves as an international logistics hub for urgent air cargo shipments.

The Air Hub currently has an operating area of more than 105,000 m², with a possibility of expanding and about 2,800 employees. In March 2014, UPS opened the latest expansion. In the course of this expansion, the existing plant was equipped with the latest technology and extended by a large annex, in which to some extent larger express freight shipments are handled.

Eight new fully automatic sorting systems increased the sorting capacity of the hub by 70 per cent to 190,000 packages per hour. Such a package requires an average of 15 minutes on its way through the hub from the unloading point to the loading point.

The main sorting time frame is between 11 pm and 2:30 in the morning, due to the time shifts concerning shipments to and from the Asian and American regions. Every day about 41 aircrafts, from which 19 own and 22 chartered machines, arrive and leave with about 500 containers.