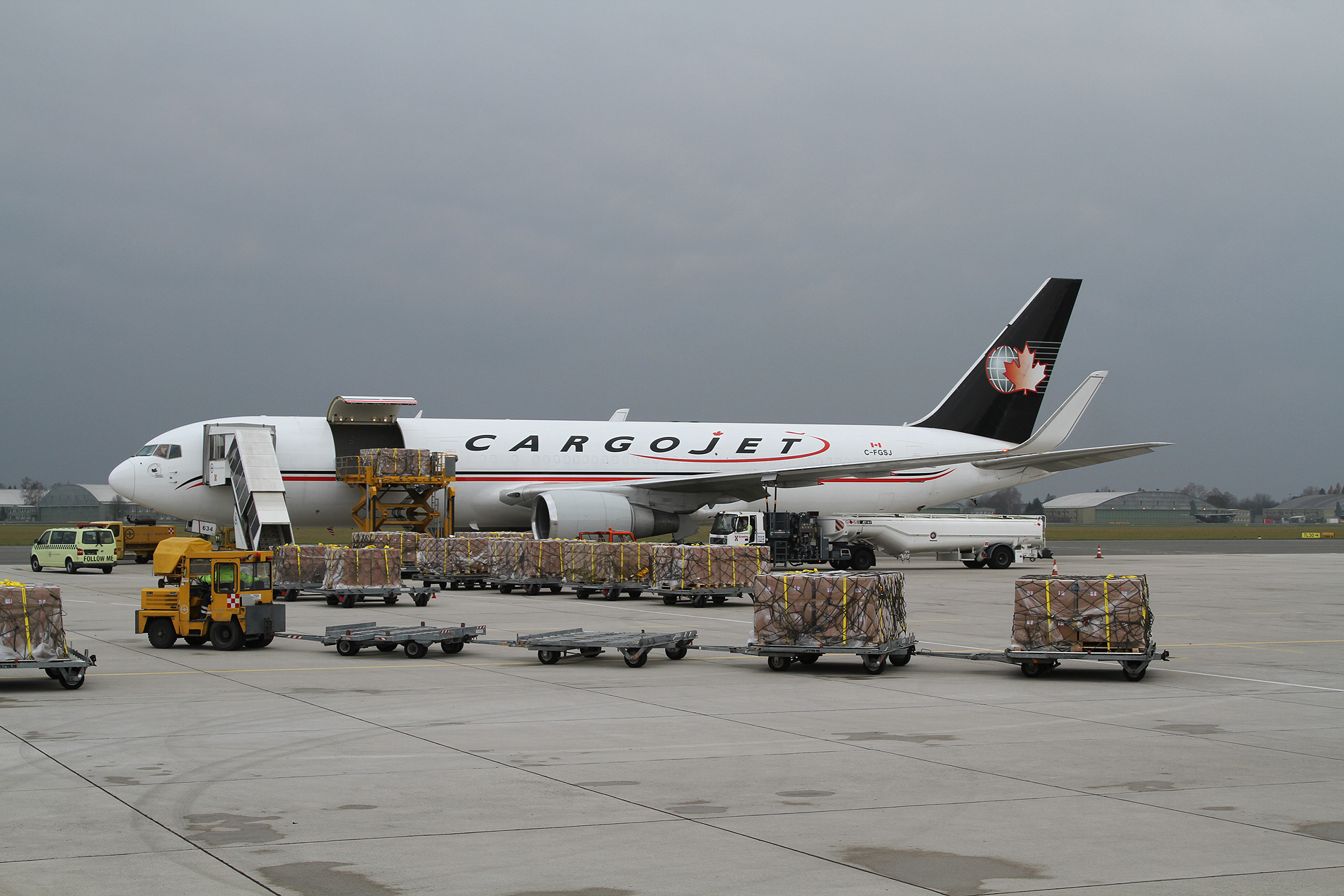 blue danube airport linz will see a number of cargo charter flights in the near future. It started last weekend with a Boeing 767-3H9 ER / BCF of Cargojet Airlines from Canada. Several cargo charter flights between Linz and Montreal, Canada are on the schedule for a company based in Upper Austria. The company’s products are flown for further processing close Montreal in Canada.

Cargojet Airlines, based in Mississauga in the state of Ontario, operates a fleet of 7 Boeing 727F, 5 Boeing 757-200F, 1 Boeing 767-200ER/F and 8 Boeing 767-300ER/F. In addition to numerous freight lines within Canada, the airline operates on individual routes to the United States, the Caribbean, South America and Cologne as the only regular European destination.