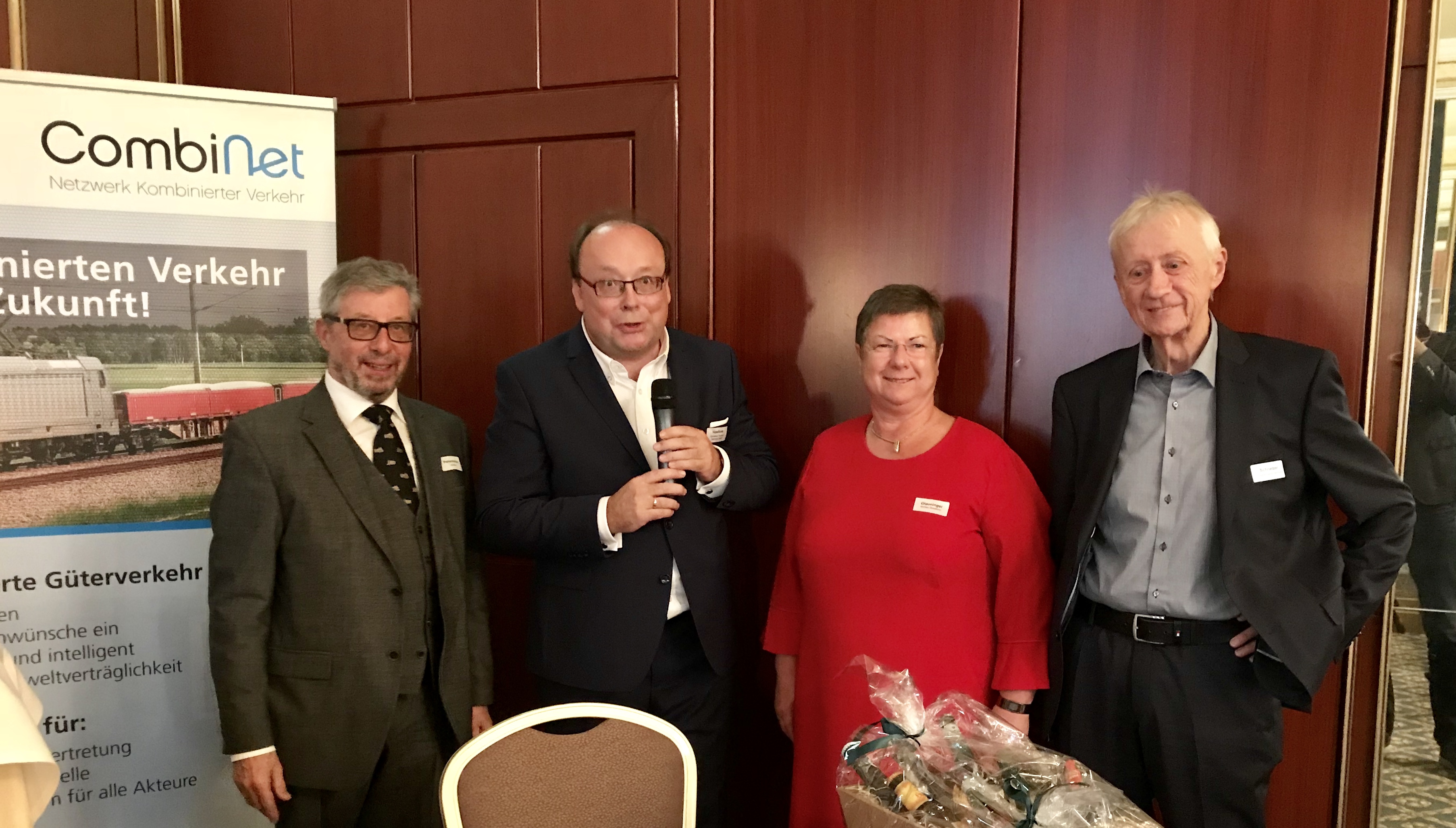 “Not everything works as we like it; There is still a lot that needs to be improved. So not all interfaces of the individual links in the transport chain have been optimised yet, and some processes could be improved.” With this statement, Chairman Herbert Peherstorfer opened this year’s CombiNet conference, which was dedicated to the theme “Combined transport – Challenge and Chance” and attended by almost 100 participants.

In his communication, Transport Minister Norbert Hofer affirmed the commitment of the government to continued measures for the further development of combined road- and rail transport. According to him, the combined transport volume in Austria has tripled since 1996 and today accounts for 11 per cent of national freight transport using intermodal transport systems.

Above all, Europe must invest in the creation of efficient terminals for combined transport. What good is it for the industry to have 740 meter trains, if the bi- or trimodal transfer centers culd only accept units with 100 meters in length, UIRR President Ralf-Charley Schultze emphasised in his speech. For the UIRR, combined transport can do a good job in the future if the timetables of the railway companies will be developed accordingly and sufficient capacity will be available on the rail and at terminals.

In the second part of the event, Gernot Dürnberger (Kaindl Flooring), Thomas Kitzweger (Agrana), Andreas Mandl (LTE-group), Hermann Ungersbäck (Terminal Service Austria) and Jochen Weber (Gartner KG) commented on the topic in the shape of short presentations. All speakers emphasised the opportunities that have existed for some time – but were not exploited. The lack of business models for truly efficient combined transport and the lack of sufficient combined transport specialists in transport and logistics companies were also criticised.

CombiNet has been representing the interests of companies involved in combined transport in Austria for more than 10 years. The association today has 50 members, including two “newcomers” Poll-Nussbaumer and Terminal Service Austria (TSA). Ingrid Glauninger, Managing Director of Montan Spedition (Kapfenberg), became “Miss CombiNet” on 8 November.