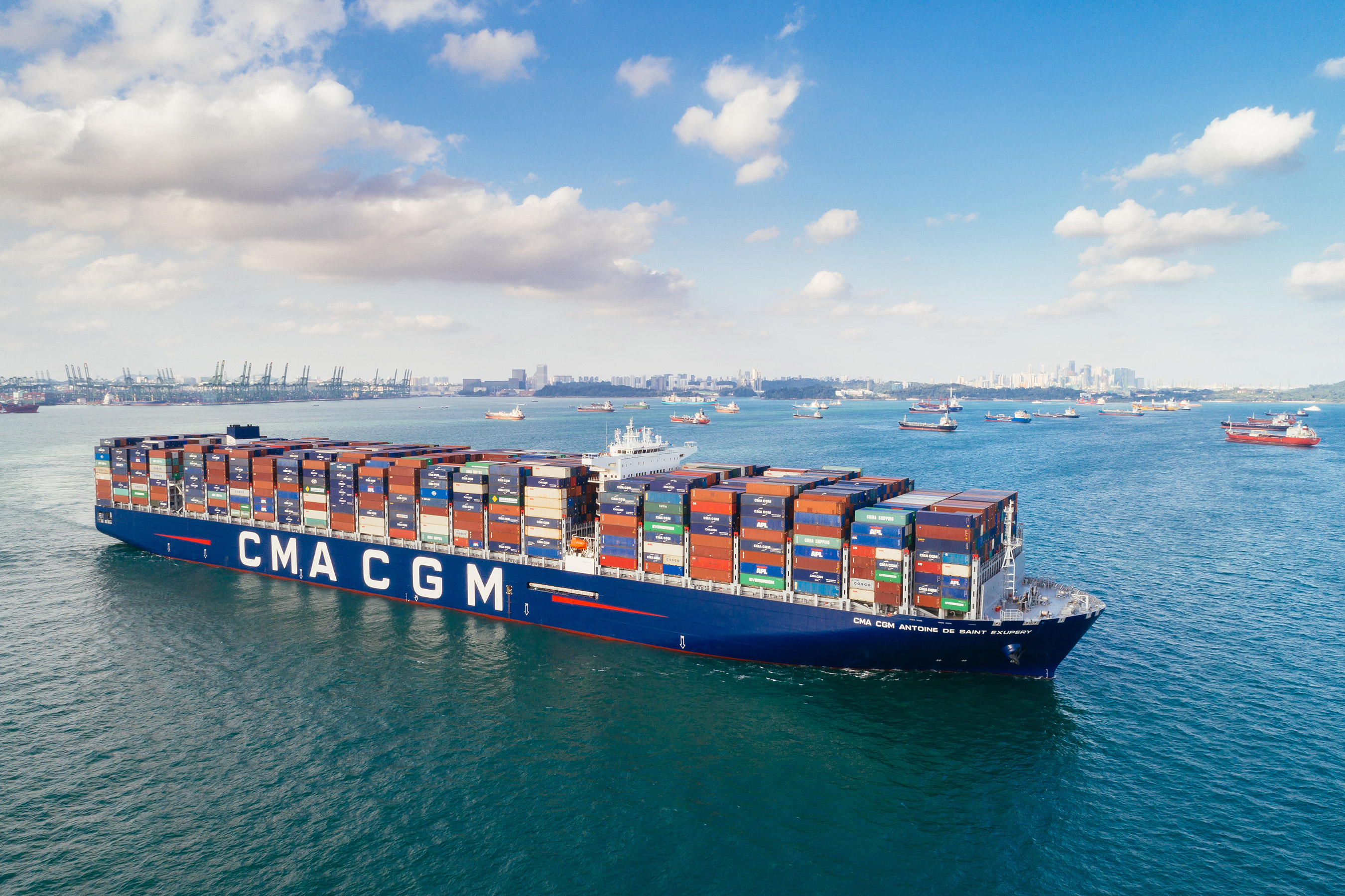 In 2017, the French CMA CGM Group defended its position as one of the leading companies in container shipping. This is documented by an increase in transport volume of 21.1 percent to almost 19 million TEU (2016: 15.6 million TEU). This increase can be attributed to the contribution of all shipping companies – in particular APL – according to the 2017 Annual Report.

Other reasons for the volume growth are said to be the quality of the services provided by the “Ocean Alliance”, which was launched on 1 April 2017 and offers more than 40 East-West services, and the Trans-Pacific market, where CMA CGM and APL are particularly strong.

Thanks to the increase in freight rates, average revenue per TEU improved by 9 percent. Annual sales in 2017 increased by just under one-third to USD 21.1 billion. Core EBIT was USD 1.57 billion. The core EBIT margin reached 7.5 percent, an increase of 7.3 percentage points over the previous year.

The CMA CCGM Group emphasizes in a press release that it has achieved the best operating result in container shipping. It reports consolidated net income for 2017 at USD 701 million, a significant increase over 2016 (loss of USD 452 million).

The dynamic development in transport volume is expected to continue in 2018. Due to its worldwide presence and its brand portfolio in east-west, north-south and intra-regional traffic, the group should continue to profit from this development, predicts the container shipping company’s board of directors.