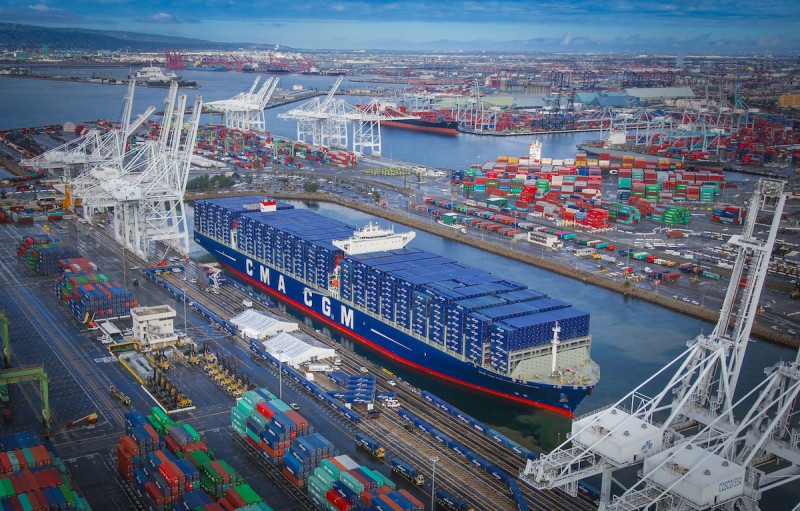 It is amid the Lebanese war that Jacques R. Saadé decided to settle in Marseilles to protect his family. As a visionary man, he anticipated the evolutions of international trade and was convinced of the crucial role containerization was about to play. He thus launched a first maritime line and created the Compagnie Maritime d’Affrètement (CMA).

This will be followed by an exceptional growth. As soon as 1983, the “Ville De Sahara” became the first CMA vessel to cross the Suez Canal, paving the way towards the Orient. This was followed in 1986 by the launch of a line linking Northern Europe to the Far-East. Convinced that China would become the world’s factory, Jacques R. Saadé created his first Shanghai-based CMA maritime agency in 1992.

Combining a development strategy with targeted acquisitions such as CGM in 1996, ANL in 1998, Delmas in 2005, APL in 2016, and more recently Sofrana and Mercosul in 2017, the Group has been expanding its presence on key markets throughout the years.

Very attached to the city of Marseilles, where CMA CGM was created, Jacques R. Saadé launched the building of the CMA CGM Tower in 2006, the Group’s headquarters, which has become a landmark for the city.

Today headed by Rodolphe Saadé, the CMA CGM Group has become a global reference in the maritime transportation industry, employing 34,000 staff on land and on all the seas of the globe. Its 509 vessels call more than 420 ports in the world on 5 continents. In 2017, they carried nearly 19 million TEUs.