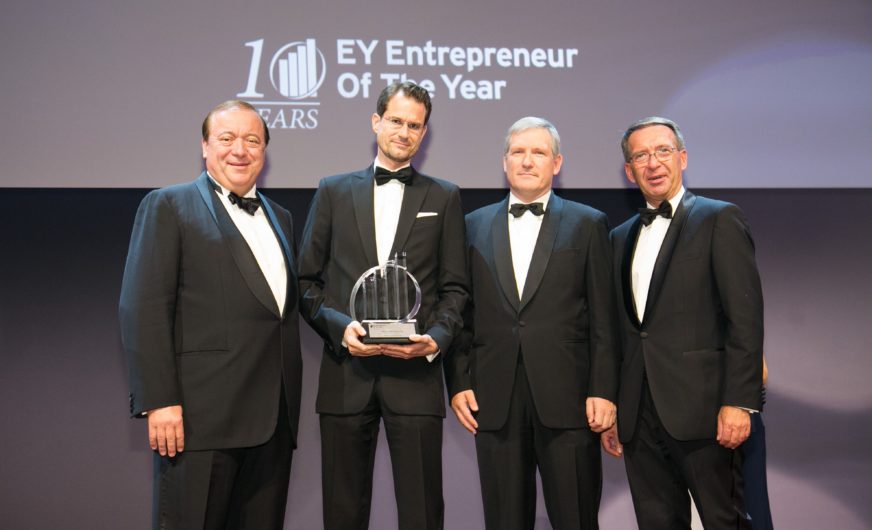 On 8 October 2015, the tax consulting firm EY presented the Entrepreneur Of The Year award in Austria for the tenth time. The prize is the most prestigious entrepreneurship award worldwide. This competition showcases and promotes the entrepreneurial activity of people who have vast potential and inspire others to be visionaries, successful and demonstrate leadership. As the first and only world-class entrepreneurship prize, the Entrepreneur Of The Year award honours personalities who have built and manage successful, expanding and dynamic organisations. The competition is held at regional, national and global levels in over 60 countries.
Around 300 guests from businesses, politics and society accepted the invitation to the glamorous award ceremony in the Redouten Halls of Vienna’s Hofburg palace. The prestigious entrepreneurship prize is awarded in three categories: trade & consumer goods, industry & high-tech and services. In addition, EY heuer honoured a family-run company with the “special award for generations” for the fourth time. After his nomination last year Christian Prangl was this time able to bring the treasured prize in the category of “Services” home.
With the Entrepreneur Of The Year award, the participants of the competition are invited to a global network, which enables the exchange and networking between companies from all over the world. Out of the nine finalists, Josef Zotter of Zotter Schokoladen Manufaktur was selected to represent Austria at the World Entrepreneur Of The Year Award, which will be held in June 2016 in Monte Carlo.
www.prangl.at