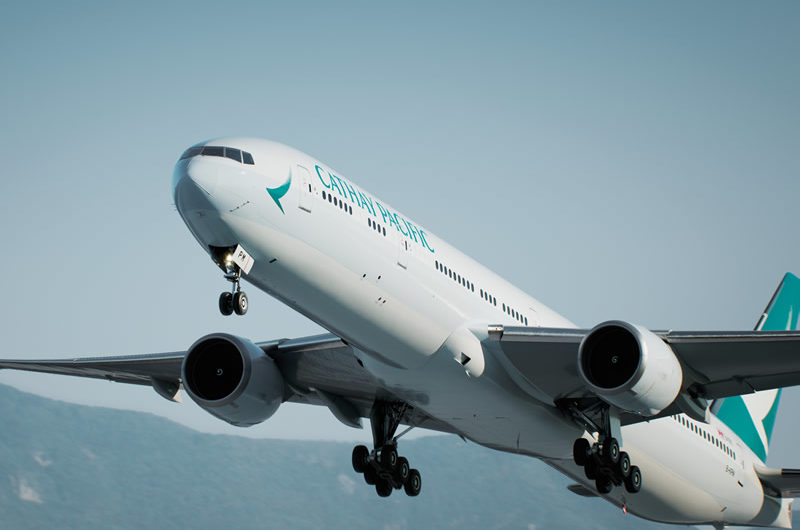 Cathay Pacific Airways marked another important milestone for the airline as it unveiled a new livery that will be progressively introduced onto all the aircraft in its fleet. The livery was showcased on one of the airline’s Boeing 777-300ER aircraft at a special event held at Hong Kong International Airport on 2 November.
Cathay Pacific sees the livery as a symbol of its commitment to its home city as well as a visible representation of its promise to offer a Life Well Travelled to customers. As part of its ongoing efforts to provide a richer travel experience, the airline promises a number of important upcoming developments including the introduction of the new Airbus A350 fleet, further enhancements to its products and services, and the continued expansion of its network.
The new Airbus A350 series will be the first fleet to launch with the new livery. However, the airline’s existing fleet will be repainted with the new livery as aircraft go through their normal maintenance schedule over the next five years, with some 150 aircraft getting the new look in total.
The new livery comprises three key design elements: the incorporation of the updated and streamlined brushwing, which was launched in October 2014; a simplification of the colour palette to Cathay Pacific green, grey and white; and a more prominent display of the Cathay Pacific name and brushwing. These updates are most evident on three areas of the aircraft: the nose, the fuselage and the tail.
www.cathaypacific.com/newlivery