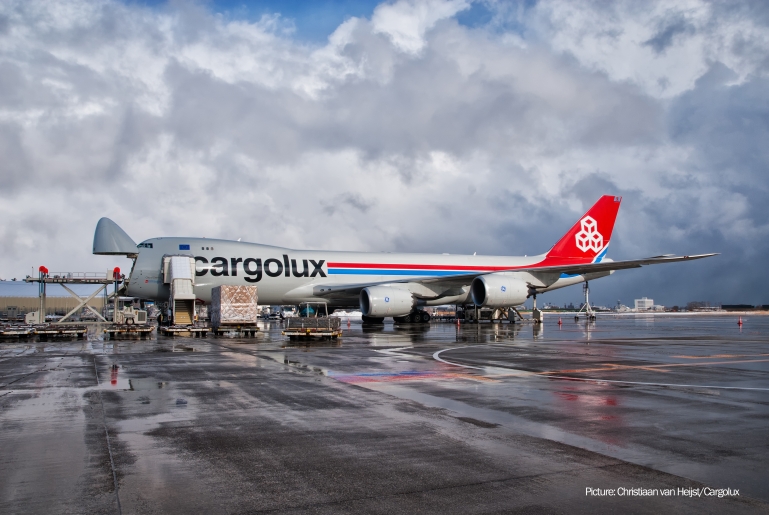 Cargolux, the Luxembourg-based freight airline, has changed the routing of its flower flights from South America to the Netherlands, flying directly to Amsterdam instead of Maastricht with immediate effect. Up to 90 per cent of the cargo capacity on these flights is filled with goods for the Dutch market.
Flying directly to Schiphol significantly reduces transit times, as the flowers had to be trucked from Maastricht to Amsterdam so far. Customers now enjoy faster delivery that better fits their schedules. Growing the operation in the Netherlands also permits to operate more flexibly in the export market for products that are prone to air freight.
Cargolux has been serving the South American perishables market for 17 years and is leading in the flower transport market. In September 1997, the airline operated its first charter flight to Bogotá on behalf of a major flower producer. Soon after, the airline was requested to start weekly flights. Quito was added to the network in December 1997, served with feeder flights by Aerosucre.
In February 1998, the cargo airline launched a second weekly service. Flights toBogotá were opened in late 2000; Cargo Link and Mawneybecame Cargolux GSAs (General Sales Agents). Finally, Latacunga (Ecuador) was added as a new destination inDecember 2000.
Cargolux customers profit from the expertise of the company’s CV Freshproduct that offers tailor-made solutions for flower shippers in SouthAmerica on the airline’s three weekly services dedicated to thiscommodity. Cargolux flies roughly 95 tonnes of flowers per week fromLatacunga and Bogotá to the Netherlands, where they are sold on thefamous Aalsmeer auctions, the largest trading centre for plants andflowers worldwide, in the immediate vicinity of Schiphol airport.
www.cargolux.com