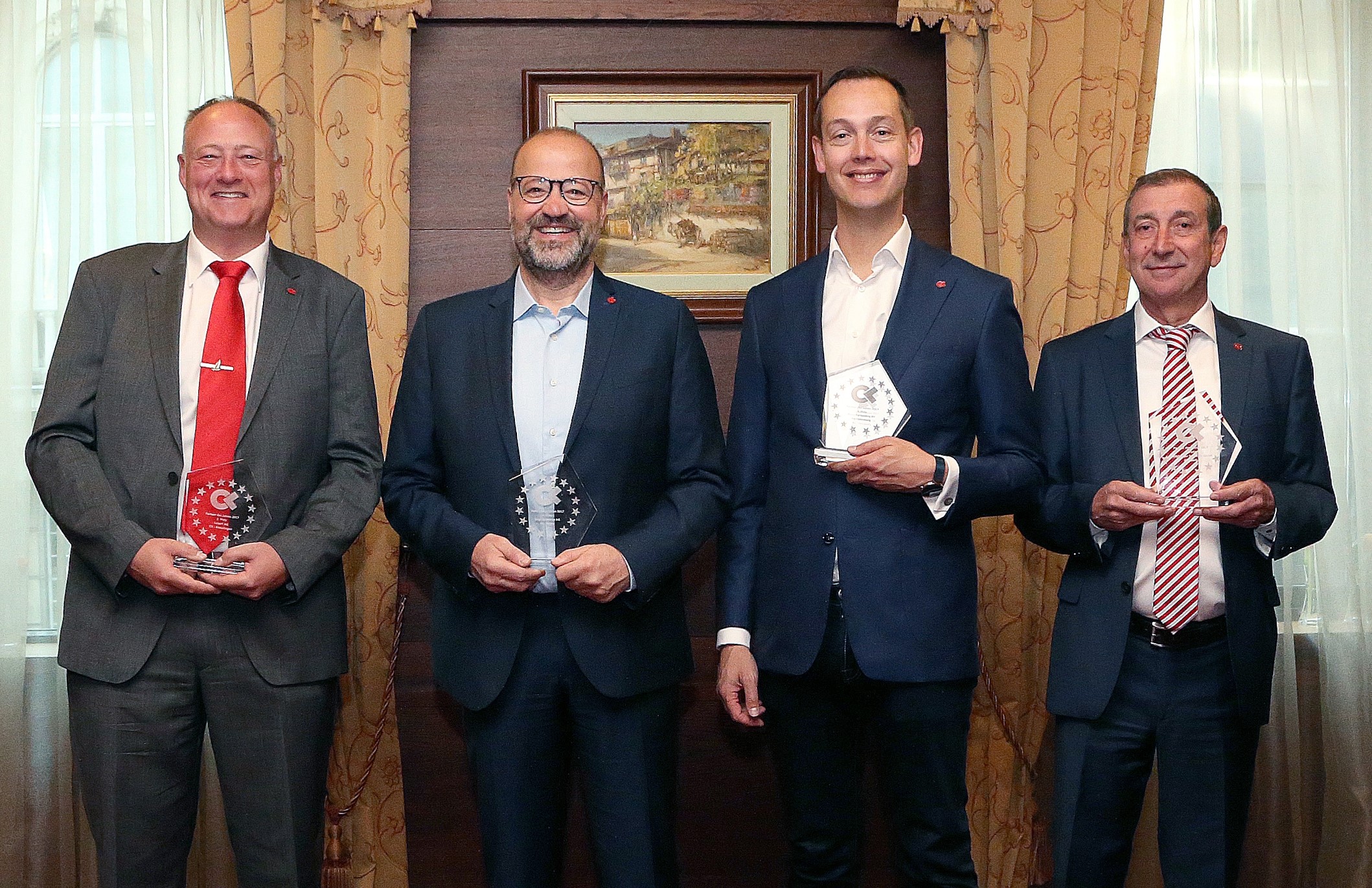 Consistently high quality of transport and logistics services as well as continuous tracking of consignments are distinctive features of CargoLine also in other European countries. Each year, the general cargo cooperation honours and promotes the diverse efforts of its partners with the “International Partner of the Year” award, based on a detailed catalog of criteria.

The highest score for 2017 was achieved by the South Tyrolean transport and logistics company Brigl (Bolzano). Lebert from Kreuzlingen, Switzerland, was ranked second. Third place was shared by Rotra from Doesburg (Netherlands) and G. Englmayer from Wels (Upper Austria). The award ceremony took place on 24 April at the CargoLine European Partner Conference in Sofia.

Ranked first, the Brigl forwarding company repeated its victory from the year 2015. In particular with regard to data quality and reaction speed and/or extent with inquiries the enterprise from bolzano scored outstandingly. Also with regard to the degree of networking with other CargoLiners, which benefits the uniform network quality, Brigl led the statistics. Furthermore, strong volume growth and the consistent marketing of the cooperation in South Tyrol contributed to its top position.

Ranked second, the Swiss Lebert AG managed for the third time in a row to be on the winner’s podium. Thanks to the best monitoring values ​​among all partners, the CargoLiner from Kreuzlingen provided excellent conditions for seamless shipment tracking of the import and export volumes, which have also risen sharply. An above-average commitment in the working groups also ensured the high total number of points.

The third place was shared by Rotra from the Netherlands and G. Englmayer from Austria. Both companies state that they used the premium products of the general cargo cooperation in 2017 intensively and thus offered their customers a clear added value. In addition, both forwarding companies are best networked to Brigl. In addition, they showed high volume growth, as did the first and second places, with Rotra in particular being able to significantly increase the number of procurement orders from Germany.

“For all international partners, we also see a significant increase in the number of pan-European shipments. This proves that they cooperate more and more with each other and live the European network idea. This is just as important to us as a cross-border, seamless tracking system and consistent quality standards,” says Bernd Höppner, CargoLine’s Managing Director responsible for international development.