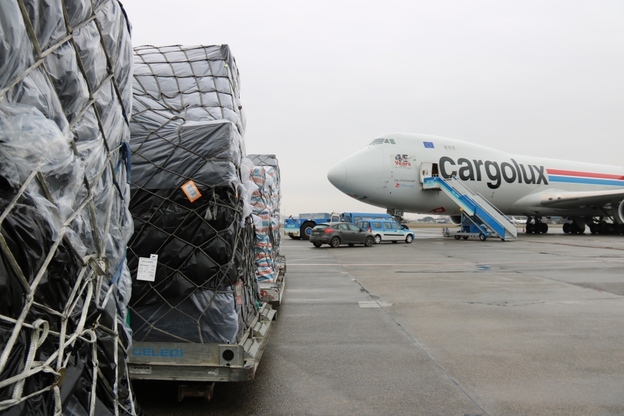 In September 2016, the monthly volume of cargo handled at Budapest Airport exceeded 10,000 tons for the first time, representing over 33 per cent of growth compared with September last year. In 2016, annual cargo volume is expected to be above 100,000 tons.

Several factors are behind this growth. Qatar Airways Cargo’s flight twice a week as of this March (and three times a week from 7 October) meant a real boost for turnover, but the two other major cargo carriers with a presence in the Budapest market – Cargolux and Turkish Cargo – also show strong performance.

Airlines carrying so-called belly cargo on passenger flights are also important players. Such an airline is for instance Emirates which deployed a larger aircraft to serve the daily Dubai-Budapest flight as of last December, and the cargo compartment of the Boeing 777 can accommodate as much as 20 tons of cargo in both directions. On the Beijing flights of Air China a record volume of belly cargo was carried in September, and the Toronto flight of Air Canada Rouge has also been successful in this respect.

The other driver of growth is the combined performance of integrators. The courier services fly out with their loads from Budapest during the night to major distribution hubs in Western Europe and return with new cargo at dawn. DHL, TNT, UPS, and FedEx traditionally have a large piece of the cake of cargo throughput at Ferihegy, and DHL is satisfying growing demand with a second aircraft daily as of this summer.

Thanks to increasing volumes, the construction of a new dedicated air cargo base – called Cargo City in development plans – becomes even more important and is expected to be completed in 2018 at the earliest after the completion of design, receiving of the required permits, and concluding preparatory activities.