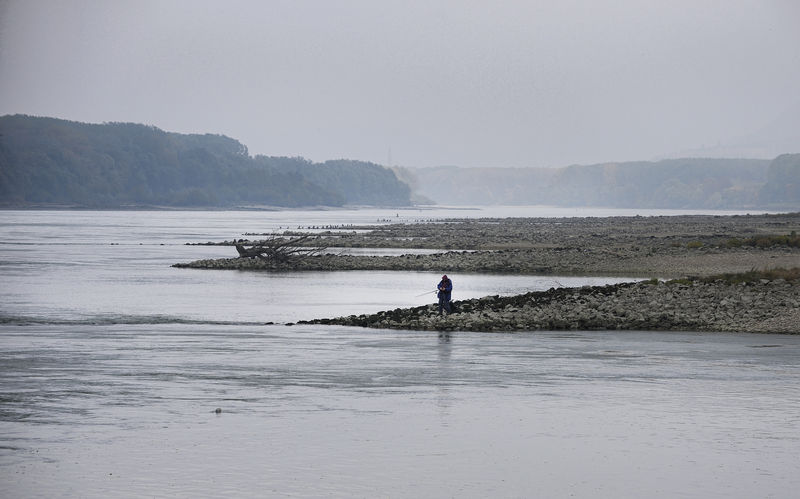 Shipping on the Danube is currently facing an extremely low water level, which has been the case since mid July 2015. The value for the level at Wildungsmauer, east of Vienna, was 117 centimetres on November 20, which is is 45 centimetres below the defined long-term low-level water level of 162 centimetres. A comparably long-lasting low water period had been seen only once in the past 60 years, and was recorded in the year of 2003.
Against this background, viadonau said they implement a pro-active waterway management and as a maintainer of the Danube waterway, they kept the fairway channel east of Vienna free through maintenance dredging. These works took place from early August to mid-September and involved a volume of about 125,000 m³ gravel, which was returned to the river at an appropriate point. These actions helped to maintain shipping on the Danube.
Nevertheless cargo shipping, in particular on the segment east of Vienna, had to face a reduced draught due to the low water level. In the period from January to October 2015 at least 2.50 metres of navigable depth in the central fairway east of Vienna were available on 212 days (or 70 % of the time). However, the situation is better on the second free-flowing section in the Wachau region, where a navigable depth of at least 2.50 metres were available on 286 days in the same period (or 94 % of the time).
Due to the ongoing low water level, viadonau has improved the information on shallow sections on its DoRIS website, aiming to provide a customer-oriented waterway management. Thus also the minimal navigable depth in the fairway of the river is indicated and illustrated now. Given the current low water level, this shall help to improve the use of the fairway channel and allow more loading of the ships.
www.viadonau.org