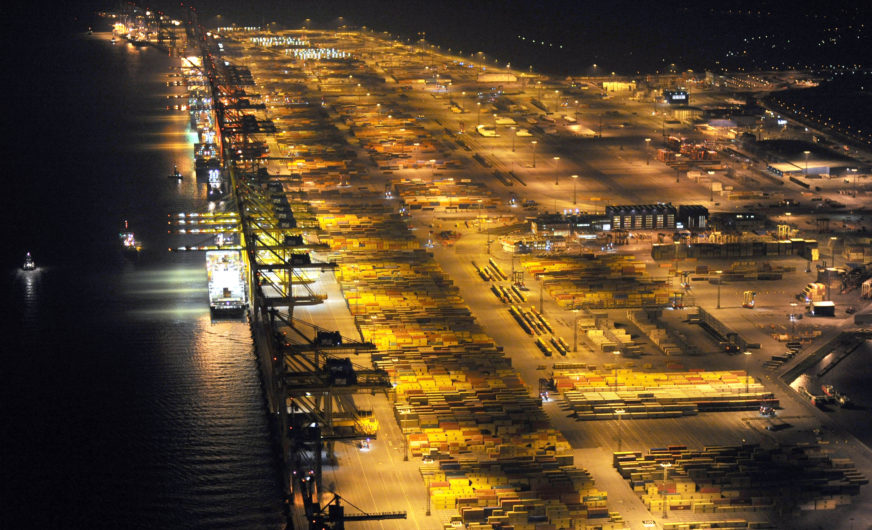 For the port industry in Bremen Austria continues to be an important market. The representatives of the maritime economy in Bremen and Bremerhaven emphasised this fact at two events in the series “logistics talk” in the Cargo Center Graz and the “Riverbox” in Vienna on 7 October. At both events the numerous representatives of the Austrian forwarding industry, shipping agencies, container operators and cargo railways were informed regarding projects presently being implemented or in planning which  work towards a solution for the challenges in the port- and hinterland infrastructure.
Meanwhile, the decades-long cooperation of the port industry in Bremen and Bremerhaven with Austrian exporters/importers and their forwarders continues to be on a high level. In 2014, 1,5 Mill. tons of goods with places of loading or destination in Austria have passed the quay facilities in the two northern German seaports. “This equals an increase of 2,1 per cent compared to last year, Alfred Wolfram, bremenports representative in Austria, says.
In the report period, the Austrian seafreight market via Bremen/Bremerhaven, were mainly characterised by exports, just like in the past years. About 90 per cent of the total volume were accounted for by exports. Container dispatch ex Austria accounted for about 137.000 TEU. There are more than 40 blocktrains each week between the container terminals in Austria and the seaports in Bremen.
www.bremenports.de