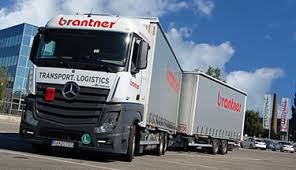 “We are holding talks about the transport segment and consider to purchase a logistics company in eastern Austria“, said Bernd Brantner, Head of the company, when talking to the Lower Austrian newspaper Niederösterreichische Nachrichten (NÖN). He did not give any further details at the time.
The entrepreneur has one more project in the pipeline: “We are operating six locations in Krems – which is too much, and they are full up. We are planning a new centre for about 130 employees.“ This shall be built for about EUR 5 million in the Krems region. In the ideal case construction works could start next year and they could move-in one and a half years later. In a second move Bernd Brantner considers to establish a new logistics centre.
With a workforce of over 2,700 employees generating a turnover of EUR 240 million in 2014, the Brantner group founded in 1936 by the Brantner family ranks among the most successful waste management and logistics companies on both a national and international scale and is already under third-generation management in Krems, where the company was founded.
www.brantner.com