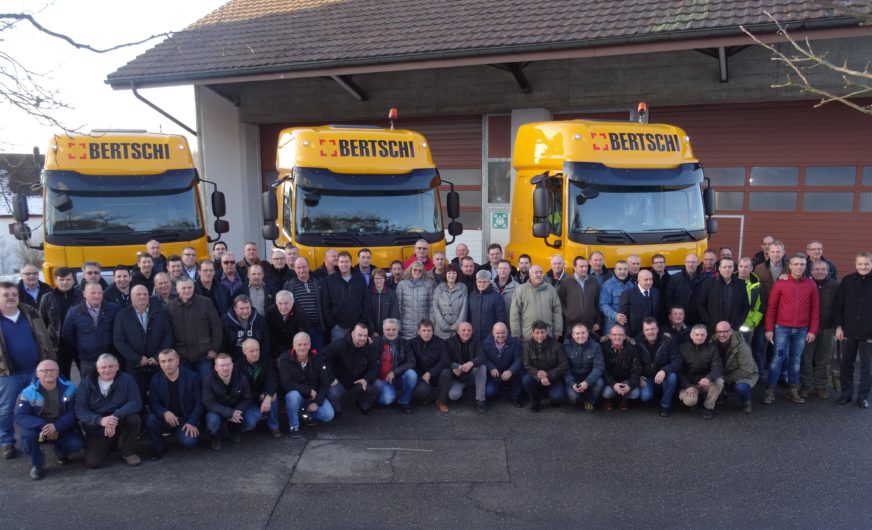 The corporate turnover of Bertschi AG based in Dürrenäsch, Switzerland rose eight per cent at constant exchange rates in 2015, but expressed in CHF it has declined by four per cent to CHF 660 million (EUR 600 million). This was partially offset by the expansion of their global operations and further optimisations of the European business, and Bertschi was able to maintain its business result on the previous year’s level.

The company experienced a quite strong global growth in 2015. The tank container fleet in this segment grew by nearly 30 percent to 7,200 units – also sales and profits have developed in line with that. After more than four years of market development, Bertschi has established among the top 5 in the global tank container market.

“The most dynamic business development was seen in Asia, particularly in China. In our global business Asia has overtaken Europe during the year,” says Hans-Jörg Bertschi, CEO of the group. For 2016, we plan substantial global growth once again, even if the global environment is much more moderate than in the previous year.

In the next five years Bertschi wants to consolidate its strong position in the European market and simultaneously expand its global activities. The chemical industry is increasingly global. The middle class, demanding the final products of this industry (living, mobility, electronics, consumer goods) is growing rapidly, especially in Asia.

Despite the high volatility of the markets, risk in the financial system and growing political uncertainty Hans-Jörg Bertschi sees positive opportunities for the company in 2016. He was convinced to successfully maintain the position in the market through continuous innovations and new projects. The company intends to grow in the global market and reduce it’s dependence on the European economy.

In Europe, demand is likely to be appealing due to the weak euro this year, however, the expansionary monetary policy of the ECB will have reached its limits. Without political reforms, the positive economic development of the euro zone is not likely to be a sustainable one in the medium term.

In 2016, Bertschi plans to make significant investments in IT, in new logistics infrastructure and the specialised container fleet, consisting of around 25,000 units by the end of 2015. The company employs 2,300 persons at 60 locations in 31 countries worldwide.