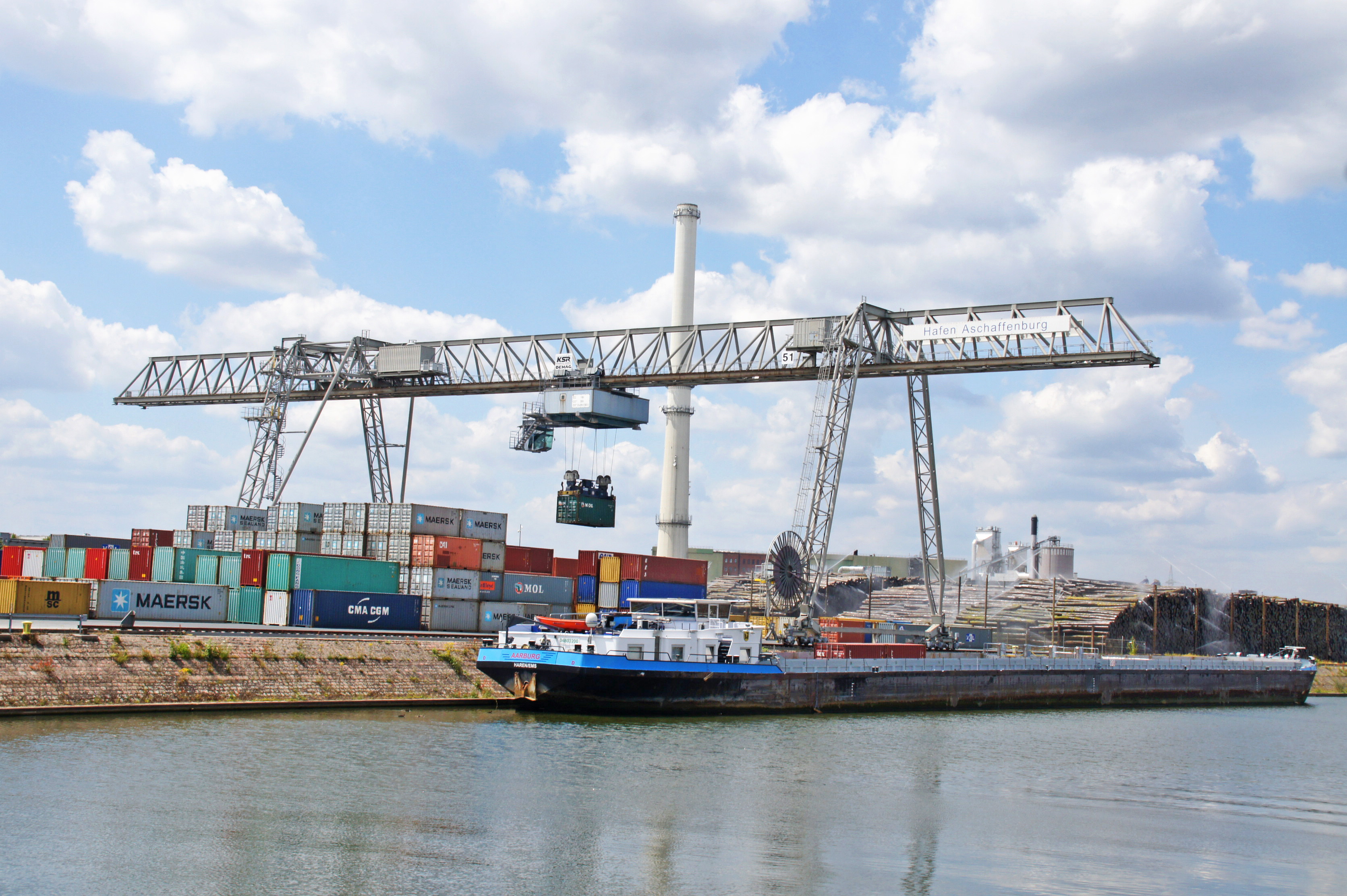 The bayernhafen ports in Aschaffenburg, Bamberg, Nuremberg, Roth, Regensburg and Passau handled a total of 9 million tonnes of goods by ship and rail in 2016, which is 7.3 percent less than last year.

Cargo shipping volume dropped by 12.24 percent to 3.02 million tonnes in the reporting period. This was due to several factors: the transshipment volumes of oil and coal by ship have declined. Moreover, in Regensburg – the largest Bavarian port in terms of cargo shipping volume – the water level caused less lighterage than last year, which had an impact on several types of goods.

“A few years ago bulk cargo was normally transported by barge,” says Joachim Zimmermann, managing director of the bayernhafen group. “Today the more and more of these goods are carried on the railway. For example, in 2016 three million tonnes of iron ore were transported from the Lower Rhine to Linz by train, parallel to the Rhine, Main and Danube waterway. This means railway lines are covered with cargo shipments, which would be ideal for inland waterway transport, whereas the railway lines are not available for other, time-critical transports. Instead, a greater competition among the rail and the road would make sense. What we need in the logistics industry, is a holistic, fair distribution of work between the modes of transport. ”

Container handling has continued to develop positively at the bayernhafen sites in Aschaffenburg, Bamberg, Nuremberg and Regensburg: in 2016 the volume rose 3.12 percent to a total of 459,794 TEU. 5.99 million tonnes were handled by rail, which is 4.55 percent less than in 2015. A major reason for this decline is the closure of the rolling road service between Regensburg and Trento as of June 30, 2016.

The bayernhafen group consistently pursues its goal to shift long-distance freight transport from the road to inland waterway and rail. The basic prerequisite is the intelligent combination of the three modes of transport – ship, rail and truck – at the bayernhafen locations. “The last mile in our ports plays a key role,” says Joachim Zimmermann, “because efficient shunting and delivery of trains requires continuous adjustments and optimisations of the maintenance of the tracks. All the more important are approval processes that allow and make flexible adjustments of our railway stations in the port easier. ”