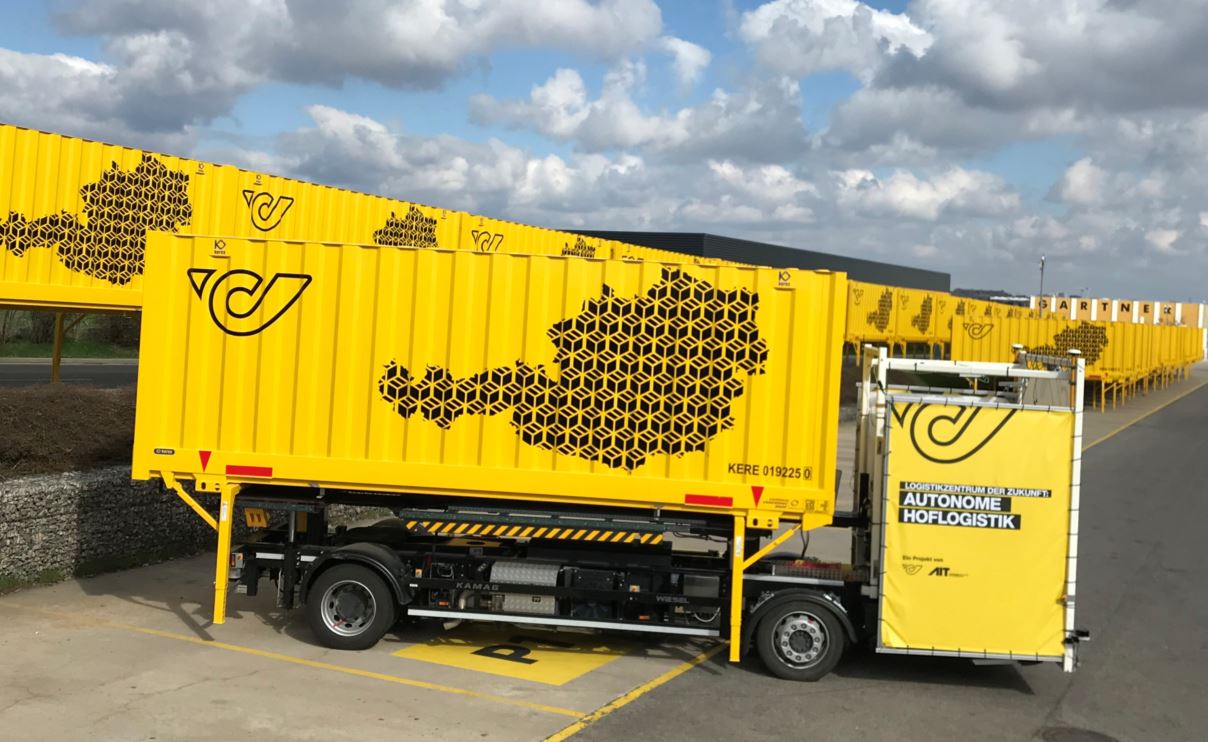 The vehicle, which was specially developed for use at logistics locations, shall ensure the independent transport of swap bodies on the premises. Deposited swap bodies thus reach their designated parking lot independently from the gates, and docking with them also works automatically. “We believe in the future of autonomous driving, although it is difficult at the moment, to locate test areas. With our project, we have found a first, real test area in in-house logistics, which offers great potential for future feasibility,” said Peter Umundum, Member of the Board of Management of Austrian Post.

“At our sites, a total of about 3,300 swap bodies are moved each day, covering some 800 kilometer in total. Against the background of increasing parcel volumes and the associated personnel requirements, the handling of swap bodies in logistics centers is becoming increasingly important. We are looking for solutions to deal with these developments – driving innovation is one answer to that. The first tests have shown how autonomous yard logistics can look like in logistics centers of the future,” Peter Umundum adds.

In the future, the vehicle will run on electric propulsion and thus significantly reduce pollutant and noise emissions in the independent swap body handling. At the same time, automation is pushing ahead with digitisation: from the order via “paper and radio” to the plannable, digitised process. For the pilot project, a standard swap body pallet truck used in the logistics centers was converted. The findings from the tests in Inzersdorf will be incorporated into the further development.