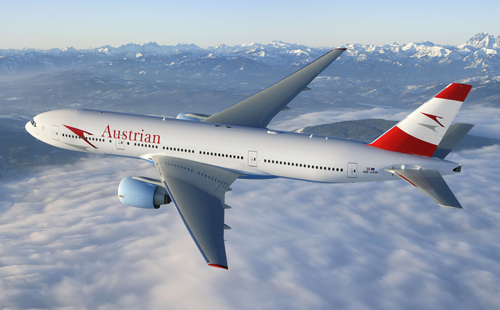 Austrian Airlines will no longer offer direct flights to Dubai. Passengers of the Lufthansa Group will still be able to reach this city in the United Arab Emirates (UAE) in the future by flying via Frankfurt, Zurich or Munich.
“Unfortunately, the Vienna-Dubai route has become unsustainable for us. The capacities which will become available will be deployed for attractive, new destinations, such as Miami, Mauritius and Colombo in Sri Lanka starting in October“, says Austrian Airlines CCO Andreas Otto.
As of October 16, 2015, Austrian Airlines will operate flights to Miami in the USA five times per week. Starting October 27, 2015, the national carrier will fly every Tuesday to Colombo, the capital of Sri Lanka. And from October 29, 2015 onwards, Austrian Airlines will offer nonstop flight service twice a week to Mauritius.
Austrian Airlines is Austria’s largest carrier and operates a global route network of approximately 130 destinations, with 40 destinations in Central and Eastern Europe. Thanks to its favourable geographical location at the heart of Europe, the company’s hub at Vienna International Airport is the ideal gateway between East and West.
www.austrianairlines.ag