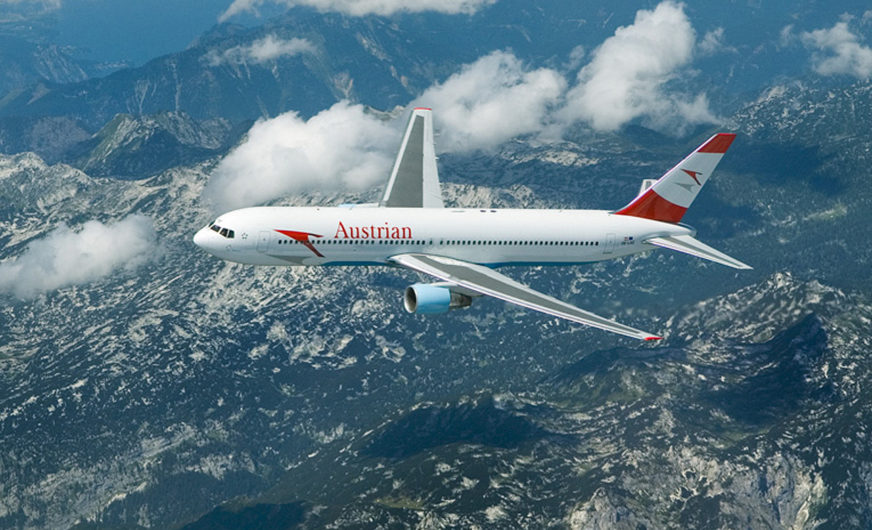 For the first time, Austrian Airlines has won the Export Prize of the Austrian Chamber of Commerce, meaning the company is now Austria’s champion exporter. The domestic carrier took first place in the Transport and Travel category. The second and third places were occupied by Unitcargo Speditions GesmbH and Rail Cargo Austria AG, respectively.
The prize is given once a year to companies demonstrating an above-average commitment to foreign markets. It is viewed as a mark of distinction for companies which are securing economic recovery in Austria through their commitment to international markets.
“With the red-white-red tail fin and “Austria” in our name, Austrian Airlines became one of the most important brand ambassadors of the country. We currently fly direct to ten metropolitan regions with populations of more than ten million people,” said Andreas Otto, CCO of Austrian Airlines. “That means we secure Austria’s link to global commercial centers and tourist destinations. We are therefore proving, once again, that Austrian Airlines is a huge factor in the Austrian export economy. About 50 per cent of domestic exports, measured by value, is now being transported by air.”
As one of Austria’s top companies, with more than 6,000 employees and an extensive supply chain both at home and abroad, Austrian Airlines safeguards jobs and adds value both in the aviation sector and the domestic export economy as a whole. Austrian Airlines transports volumes of around 68.000 million tons of freight and post consignments a year.
The freight capacities of the company’s 71 passenger aircraft are used in addition to this. A majority of the transport volume consists of export goods which Austrian Airlines moves around the world in approximately 121,000 flights a year.
With 384 billion sold freight ton kilometers in 2014, Austrian Airlines is one of the leading companies in the air freight sector in Austria.
The route network of Austrian Airlines includes around 130 destinations worldwide, 40 of which are in Central and Eastern Europe alone.
The Economics Minister and Vice-Chancellor, Dr. Reinhold Mitterlehner, and the President of the Austrian Chamber of Commerce, Dr. Christoph Leitl, awarded the Austrian Export Prize at an evening gala, “Exporters Nite”, on 30 June. A twelve-person jury of experts assessed the export achievements of the companies. The Austrian Export Prize is awarded in six separate categories: Commerce & Handiwork, Trade, Industry, Information & Consulting, Tourism & Leisure and Transport & Travel.
www.austrianairlines.ag    www.wko.at