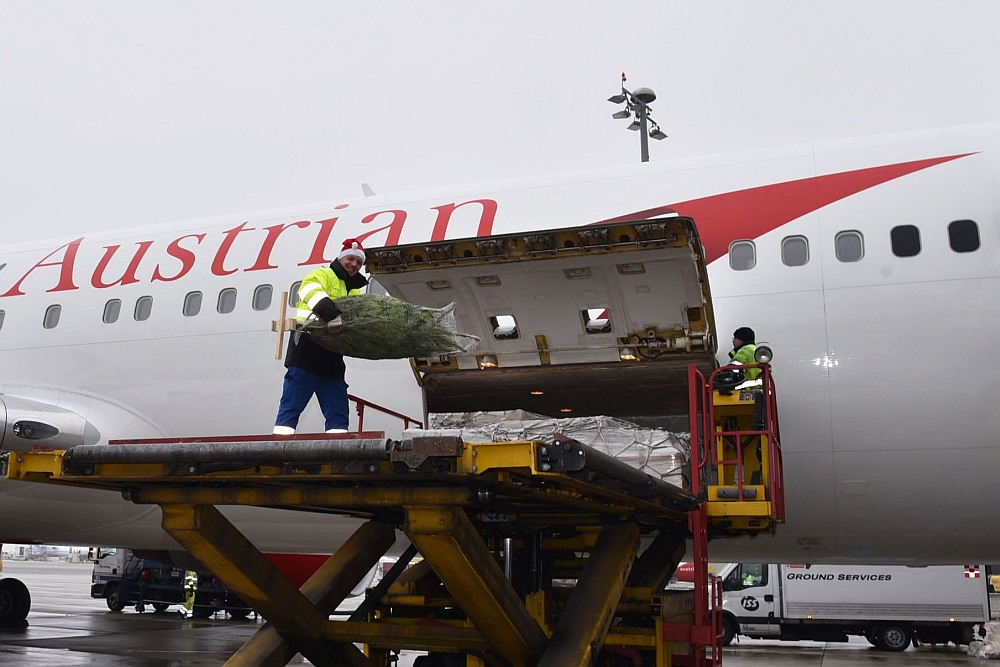 This year an Austrian Airlines Boeing 767 long-haul aircraft had special cargo on board. The wide-body jet carried 246 Christmas trees or various sizes – that equates to 4.5 tonnes – to Malé, the capital of the Maldives. Sophisticated cooling solutions ensured that the Nordmann firs remain fresh from the time they are harvested until actual delivery.

Within the context of a partnership with Lufthansa Cargo AG, Austrian Airlines makes use of free capacities in the lower deck of the passenger aircraft. About 2,000 tonnes of presents, Christmas mail and other cargo were on board in the first two weeks of December.

Thanks to presents, Christmas mail and orders for consumer goods, cargo volume in December generally increases as expected in comparison to the month of November. Total cargo tonnage in December 2015 was about 4 percent higher than in the month before. Mail volumes in December usually rise by approximately 20 percent compared to November.

“Generally speaking, we can load the bellies of all available Austrian Airlines aircraft with freight shipments. The planes range from the Dash 8-Q400 to the Boeing 777“, says Hasso Schmidt of Lufthansa Cargo in Vienna. Austrian Airlines will likely reach a total annual cargo volume of 60,000 tons of transported freight and mail, or about 5 percent of the total amount handled by Lufthansa Cargo.