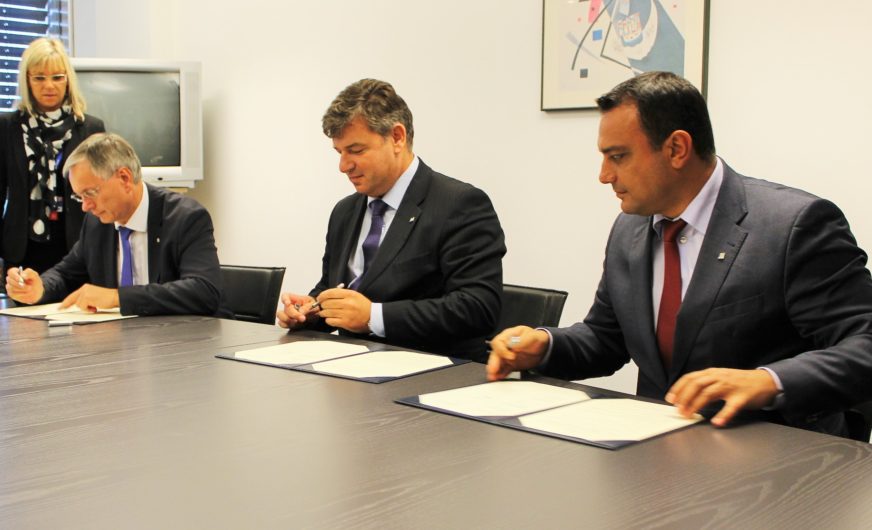 By signing a “Letter of Intent”, Austria, Slovenia, Croatia, Bulgaria and Serbia agree on creating a new European rail corridor. More specifically the new “Alpine – Western Balkan” – corridor will cover the routes Salzburg – Villach – Ljubljana – Zagreb as well as Wels/Linz – Graz – Maribor – Zagreb and on via Belgrade and Sofia to the Bulgarian-Turkish border. “This corrider will close the significant gap to Southeastern Europe. Thereby we strengthen the relocation of cargo traffic to the railway”, Minister for Infrastructure Alois Stöger says with regard to yesterday’s agreement at the EU Transport Council in Luxemburg.
The “Alpine – Western Balkan” corridor will initially be set up as rail cargo traffic corridor. This leads towards a significant simplification of operational aspects in cross-border rail cargo traffic. In the letter of intent signed on 8 October, the neighbouring countries agree on including the “Alpine – Western ” – corridor into the TEN-core network of the EU in the long term. “By the close link with the Baltic – Adriatic corridor and the Danube corridor, these routes will become more relevant in future. With a future integration of the “Alpine – Western Balkan” – corridor into the TEN network we can continue to enforce this development”, Alois Stöger says with conviction.
By signing this “Letter of Intent” the necessary steps toward a formal set-up of the corridor by the European Commission will be set in motion. This does not result in a commitment for further investments into rail infrastructure.
www.bmvit.gv.at