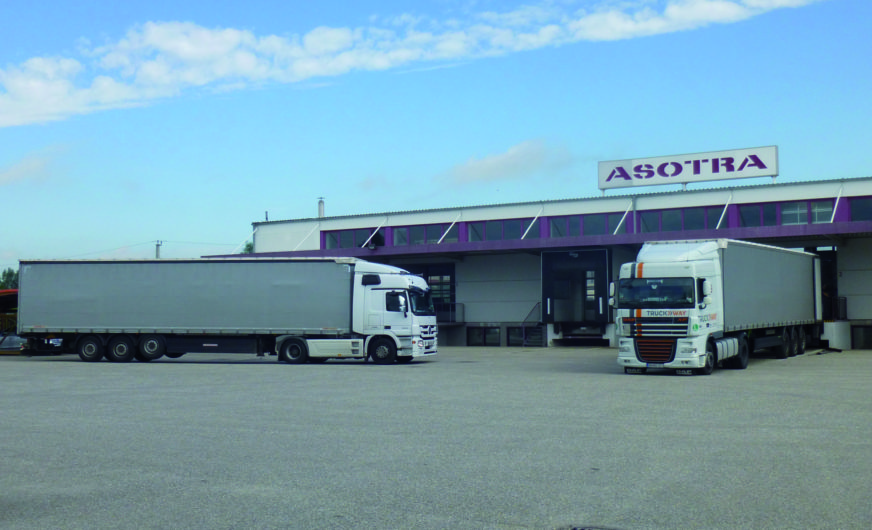 Asotra International Forwarding- and Transport corporation, with its headquarters and a 14,000 m² terminal in Stockerau, Lower Austria is looking for permanent tenants or buyers of their office and warehouse. In particular the two-storey 1,700 m² warehouse with three integrated cold rooms for storage of sensitive drugs and pharmaceuticals is currently mostly idle. Whether leasing or buying – both options are possible said the persons in charge.

“If a company is interested in the acquisition of the entire premises, we could shut down the location and may handle the transactions in the future from our Vienna office,” says Stas Leonovich, Managing Director talking to the transport magazine LogEASTics. The the design of the facility and its convenient location make the object in Stockerau suitable especially for companies operating in the business of e-commerce trade or courier services.

The forwarding company specialising on the handling of shipments to Eastern Europe and the Commonwealth of Independent States (CIS) suffers from the Russian embargo and the economic crisis in Ukraine. The volume of some product groups declined significantly, resulting in a lower number of truck transports leaving Stockerau.

Reacting to this situation, the 14-members team of Asotra is currently organising primarily transports of pharmaceutical products from Austria and Western Europe to Russia, Belarus and Kazakhstan. In addition, considerable volumes of liquid gas, coal and steel products from Russia and Kazakhstan are transported on the railway to the Black Sea-port of Odessa, as well as transhipments in Chop at the Ukrainian-Hungarian border to Hungary, Austria, Serbia and Bulgaria.

In issue N° 26/2016 of the ÖVZ / LogEASTics magazine features more details about the Asotra forwarding company.