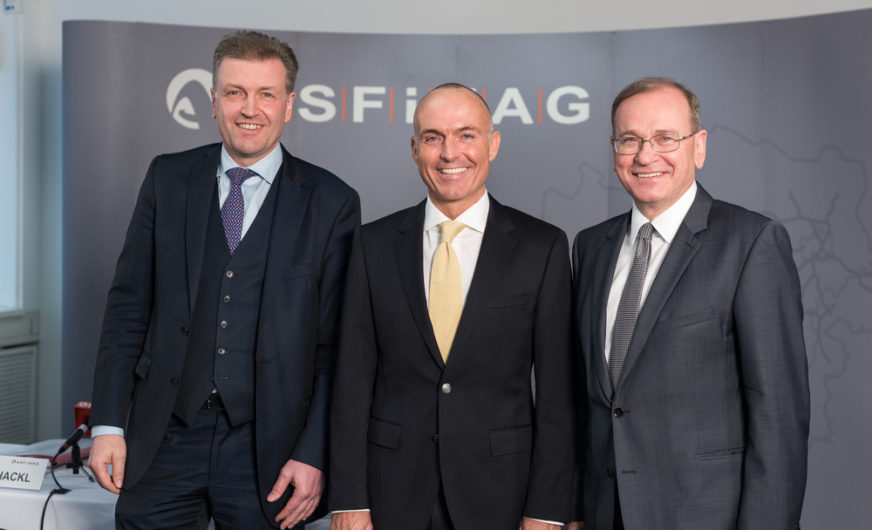 “This year we will invest one billion euros into our motorways and highways. This supports the construction industry and helps Austrians to reach their destinations comfortably, fast and safe. Asfinag has the public mission to build what the industrial location and the population needs”, Gerald Klug, Minister of Infrastructure said on a press conference.

“The year 2016 is dedicated to modernising the Austrian high-capacity network. Our target are well-developed roads and longstanding infrastructure responding also to the future needs”, said Alois Schedl, CEO Asfinag, commenting on the current investment program. “Our focus in 2016 lies on increasing safety in the big tunnels and on the complete renovation of Austria’s most-used motorway network – in Vienna.“

Asfinag had a good economic position and was working exclusively with stable earnings from truck toll (EUR 1.25 billion in 2015), Vignette (EUR 450 million) and toll stations (EUR 160 million) – the group obtained no money from the national budget, emphasised Klaus Schierhackl, CEO Asfinag. The investment volume is also a strong impetus for the economy, mainly the construction industry, in the form of securing about 10,000 jobs.

This year’s investment focus is on 24 major tunnel projects throughout Austria. To ensure increased traffic safety, Asfinag is adding second tubes and upgrades the existing tunnels in terms of modern technology. Apart from many more projects to increase traffic safety, close to EUR 300 million will be exclusively invested into tunnel safety projects. In total six major projects at the motorways A 23 Südosttangente and A 22 Donauufer-Autobahn are launched by Asfinag to renew Vienna’s road network. As to new routes, the motorway A5 Nord-Autobahn in the Weinviertel-region, Lower Austria will be continued.