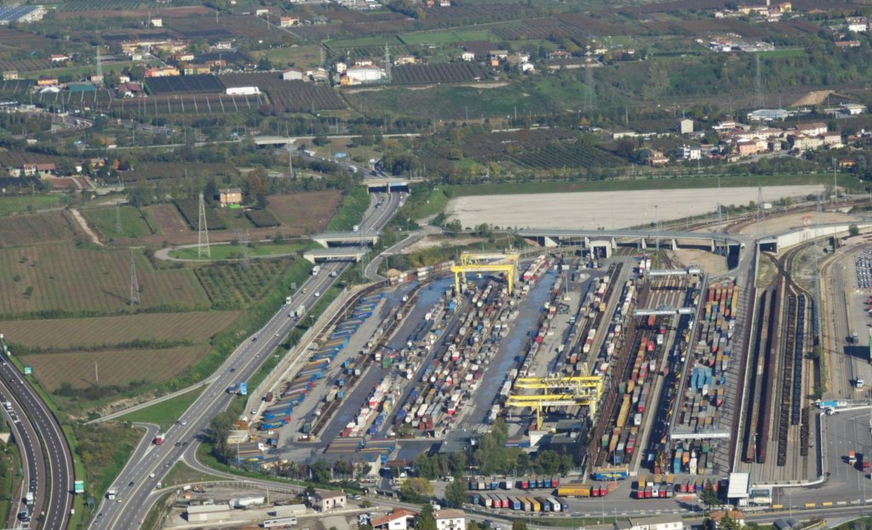 Increase the overall capacity of the Quadrante Europa cargo terminal, handle more cargo as combined road and rail transport and strengthen the logistic function at Verona airport; these are the objectives of the infrastructure modernisation project presented on 23rd September by Maurizio Gentile, Director General of the Italian railway network (FS Italiane Group), and Chairman of the Consorzio UAI Matteo Gasparato.

The main measure for the improvement of Quadrante Europa is the implementation of the new Quarto Modulo, which will be equipped with five 750 meter long tracks – European standard for the length of cargo trains -, gantry cranes and storage areas.

The objective is to increase the overall capacity of the Verona Quadrante Europa intermodal terminal in order to respond adequately to the growing demand for combined rail transport expected with the completion and commissioning of the Brenner Base Tunnel and the airport.

For this reason, the upgrade of the Quadrante Europa provides the direct connection with the Brenner Corridor and the railway to Bologna. These measures are in line with the development strategies of the Italian railway network for the promotion of freight transport and the shift of traffic from rubber tyres to iron rails.

The total investment, including the modernisation of the station, amounts to around EUR 59 million. The development and planning of the project is co-financed by the European Union within the framework of the project “Veneto Intermodal”. The completion of the work is expected in 2026.

Italy exports 70 percent of its goods to Europe, mainly to the northern countries. In 2018, around 28 million tonnes of goods were transported through Quadrante Europe, including 8 million tonnes by train. About 16,000 trains pass through the freight terminal every year, an average of almost 60 trains per day.