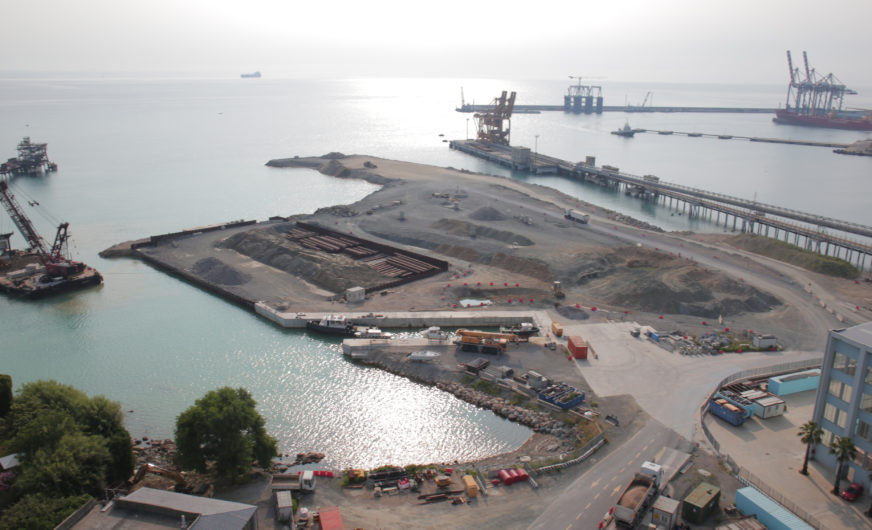 APM Terminals signed an agreement for the construction and delivery of four Ship-to-Shore (STS) Gantry Cranes and 14 Automated Rail-Mounted Gantry Cranes (ARMGs) for the new APM Terminals Vado terminal now under construction on Italy’s Ligurian coast. The new terminal, the first new major port construction in Italy in several decades, is scheduled to open in January 2018 with an annual throughput capacity of 800,000 TEUs, and the ability to handle vessels up to 18,000 TEU capacity.
The Italian government is providing EUR 300 million for civil works for the project. APM Terminals is investing EUR 150 million in the new terminal which will create 450 new jobs when operations commence. In 2014, the ports of northern Italy’s Liguria range, including La Spezia, Genoa and Savona/Vado, handled a combined 3.5 million TEUs, representing an increase of approximately 6 percent compared with the previous year.
The new terminal, which will handle both containerized and liquid bulk cargoes, will be integrated operationally with the existing 275,000 annual TEU capacity Vado Reefer Terminal facility, which was acquired by APM Terminals in August 2015. The STS cranes are expected for delivery in March of 2017, while the ARMGs are scheduled to arrive the following month.
www.apm