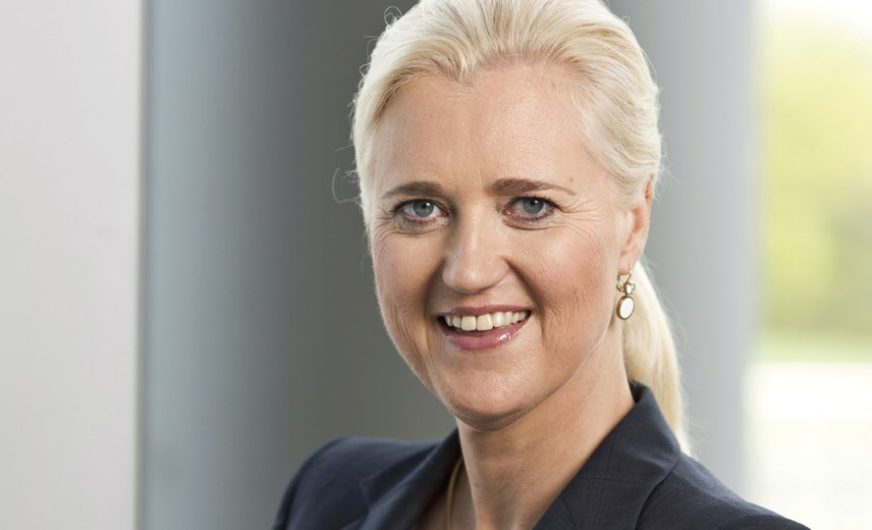 At its meeting on 25 April, the Supervisory Board of Hamburger Hafen und Logistik AG (HHLA) decided to appoint Ms. Angela Titzrath with effect from 1 January 2017 as successor to the current Chairman of the Executive Board, Klaus-Dieter Peters, who is leaving on 31 December 2016.

Between 1991 and 2012, Angela Titzrath worked in various top management roles at the Daimler Group, most recently as the Executive Board member in charge of sales at the Buses division, which employed 16,600 people and generated revenue of EUR 4.4 billion. She has relevant experience working abroad, including as managing director at Mercedes-Benz Credit of Canada, a member of the North American executive management of Daimler Benz InterServices, debis AG and, from 2002 to 2005, as commercial director of the Mercedes-Benz factory in Vitoria, Spain.

Following her time at the Daimler Group, Angela Titzrath was a member of the Executive Board of Deutsche Post DHL and subsequently worked as a Supervisory Board member and consultant for various companies and organisations. She studied economic science at Ruhr University Bochum and speaks five foreign languages.

Prof. Dr. Peer Witten, Chairman of HHLA’s Supervisory Board, said in reference to the appointment of Angela Titzrath as the new Chairwoman of HHLA’s Executive Board: “The Supervisory Board is delighted to have acquired such a competent person for the role of Chairwoman of HHLA’s Executive Board in Ms. Titzrath. Her wealth of professional experience will enable her to take full advantage of the future opportunities available to HHLA. Ms. Titzrath is a strategically focused person with strong management expertise who will be able to enhance HHLA’s successful business model over the long term. With the contract extensions of Dr. Stefan Behn, Heinz Brandt and Dr. Roland Lappin now in place, the Executive Board continues to be well positioned for the future.”

Hamburger Hafen und Logistik AG (HHLA) is a leading European port and transport logistics groups. At its hubs in the ports of Hamburg and Odessa as well as inland, the company links three different carriers – ships, trains and trucks – to create a powerful logistics chain which set economic and ecological standards.