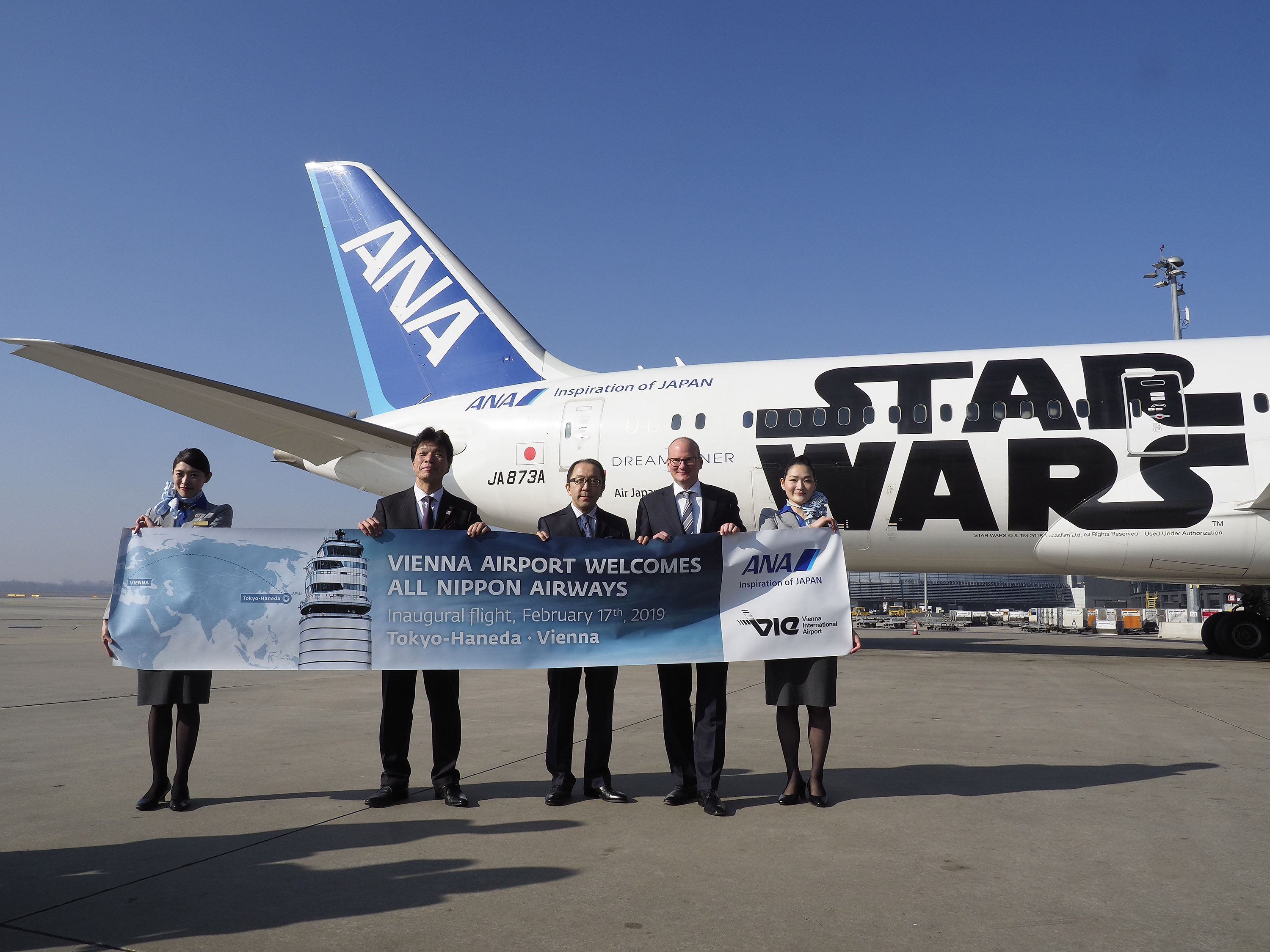 All Nippon Airways (ANA) has launched daily flights all year long between Vienna and Tokyo-Haneda. The new connection was officially opened on 17 February within the context of the inaugural flight attended by Julian Jäger, Joint CEO and COO of the airport operating company, Flughafen Wien AG, Kiyoshi Koinuma, Ambassador of Japan in Austria and Akira Nakamura, Senior Vice President EMEA of ANA. Austria and Japan are celebrating an anniversary this year, namely the first economic agreement signed by the two countries exactly 150 years ago.

The new flight connection will further strengthen relations between Japan and this dynamically developing region. Austria and Japan have maintained diplomatic relations for 150 years. In 1869 a trade and friendship treaty between the two countries was signed for the first time.

“This new destination provides further growth impetus for travelling to the Far East, where we registered a 33% increase in passenger volume last year. The region is not only an important growth market for Vienna Airport but also for the entire Austrian business and tourism location. For this reason, the launch of flight service on the new route to Tokyo is a valuable addition to the existing offering of destinations and an important step towards strengthening tourist and economic ties between Japan and Austria which have existed for 150 years”, states Julian Jäger, Joint CEO and COO of Vienna Airport.

Since 17th february, ANA operates daily flights between Vienna and Tokyo. The aircraft departs from Tokyo at 1:55 a.m. and arrives in Vienna at 6 a.m. The return flight from Vienna leaves at 11:50 a.m. and lands in Tokyo at 6:55 a.m. The airline deploys a state-of-the-art Boeing 787-9 Dreamliner, with 215 comfortable seats in a pleasant atmosphere.

ANA was founded in 1952 with two helicopters and has become the largest airline in Japan, as well as one of the most significant airlines in Asia, operating 80 international routes and 118 domestic routes. The ANA Group carried 53.8 million passengers in FY2017, has approximately 39,000 employees and a fleet of 260 aircraft. ANA is a proud launch customer and the biggest operator of the Boeing 787 Dreamliner. For more information, please refer to the following link.