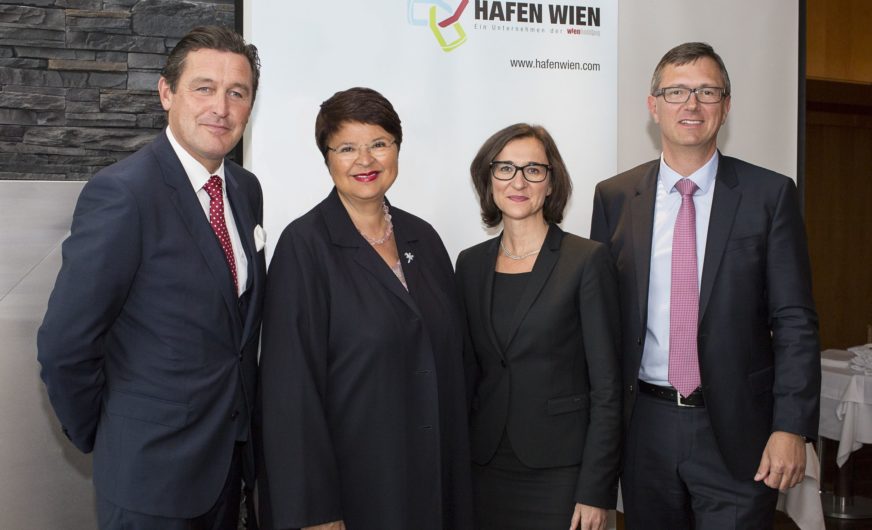 To arm the logistics centre in the port of Vienna for the future, there are active investments also in the year 2016. A budget of about EUR 12 million is earmarked, among other things to set up a photovoltaic system in cooperation with Wien Energie.

The car terminal, one of Austria’s biggest car distribution centres, will be expanded by about 3,000 m². This will also include some necessary renovation actions, Doris Pulker-Rohrhofer and Fritz Lehr, Managing Directors of the port, announced in a press talk. In 2015 more than 58,000 vehicles passed the facility, or 14 percent more than in the year before.

WienCont is programming a new Terminal Operating System (TOM) and automating the existing Ingate, enabling drivers to stay in their truck during the procedure. Auustria’s biggest container terminal and depot, and a company of Hafen Wien, about 450,000 TEU in 2015 (2014: 477,000 TEU).

The difficult water levels on the Danube waterway in 2015, the economic weakening – also in Asia – and some major agreements from previous year that expired now were the reasons why throughput volumes in the port of Vienna declined by 11.3 percent to 6.8 million tonnes during the reporting period. The 2015 balance sheet of the company employing 310 persons shows turnover of EUR 52.7 million (2014: EUR 53.6 million), and a group EGT of about EUR 10 million.

According to Doris Pulker-Rohrhofer all divisions of the Hafen Wien group developed well in the first months of the year 2016. What is remarkable here, is a new branch of a logistics company covering 1,500 m². In the services sector, both the storage and the car business could be expanded significantly.