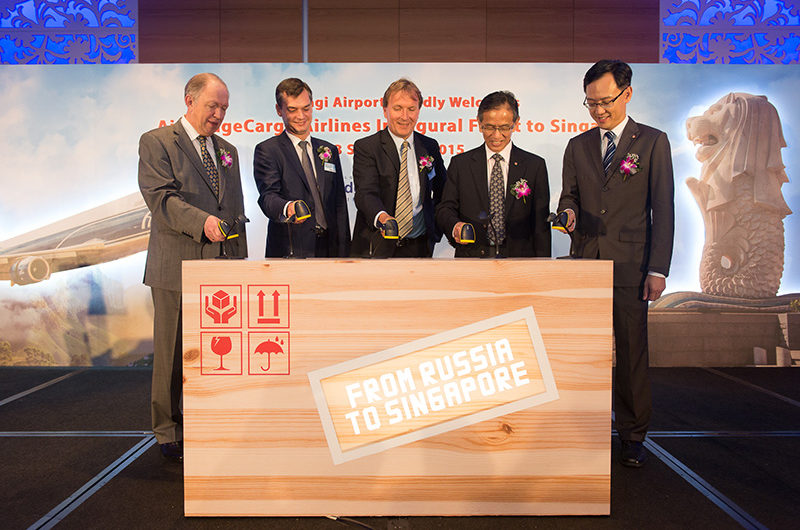 AirBridgeCargo Airlines (ABC) has commenced a twice-weekly direct freighter service to Singapore from Moscow. The Boeing 747F flights, launched on September 3, will operate on Thursdays and Sundays and offer onward connections to Hong Kong and the rest of ABC’s global route network.
The new dedicated cargo services to Singapore will facilitate the movement of cross-border shipments and enhance the country’s product offerings for its customers in Asia. With the addition of Singapore, which is AirBridgeCargo’s ninth online station in Asia, the airline now provides over 500 weekly delivery solutions from the region, all with a delivery time of below 48 hours including handling procedures.
The airline already has a diverse business portfolio in the region, connecting clients in China, Japan, South Korea and Vietnam with its cargo gateways in Europe, the USA and Russia
Robert van de Weg, ABC’s Senior Vice President, Sales & Marketing, says: “The ABC team is pleased to start connecting customers in Europe, the USA and Singapore with dedicated freighter services to Changi Airport. With the addition of this route, ABC is continuing its strategy to provide customers with better access to point-to-point deliveries within its global route network, while providing them with on-time, reliable and high quality service levels.”
Changi Airport is one of the world’s busiest cargo hubs. In the first half of 2015, cargo throughput reached 912,300 tonnes. During this period, 1,034 tonnes of cargo was handled between Singapore and Russia. Between 2010 and 2014, air cargo volumes between Singapore and Russia grew by an average growth rate of 16% annually.
www.airbridgecargo.com