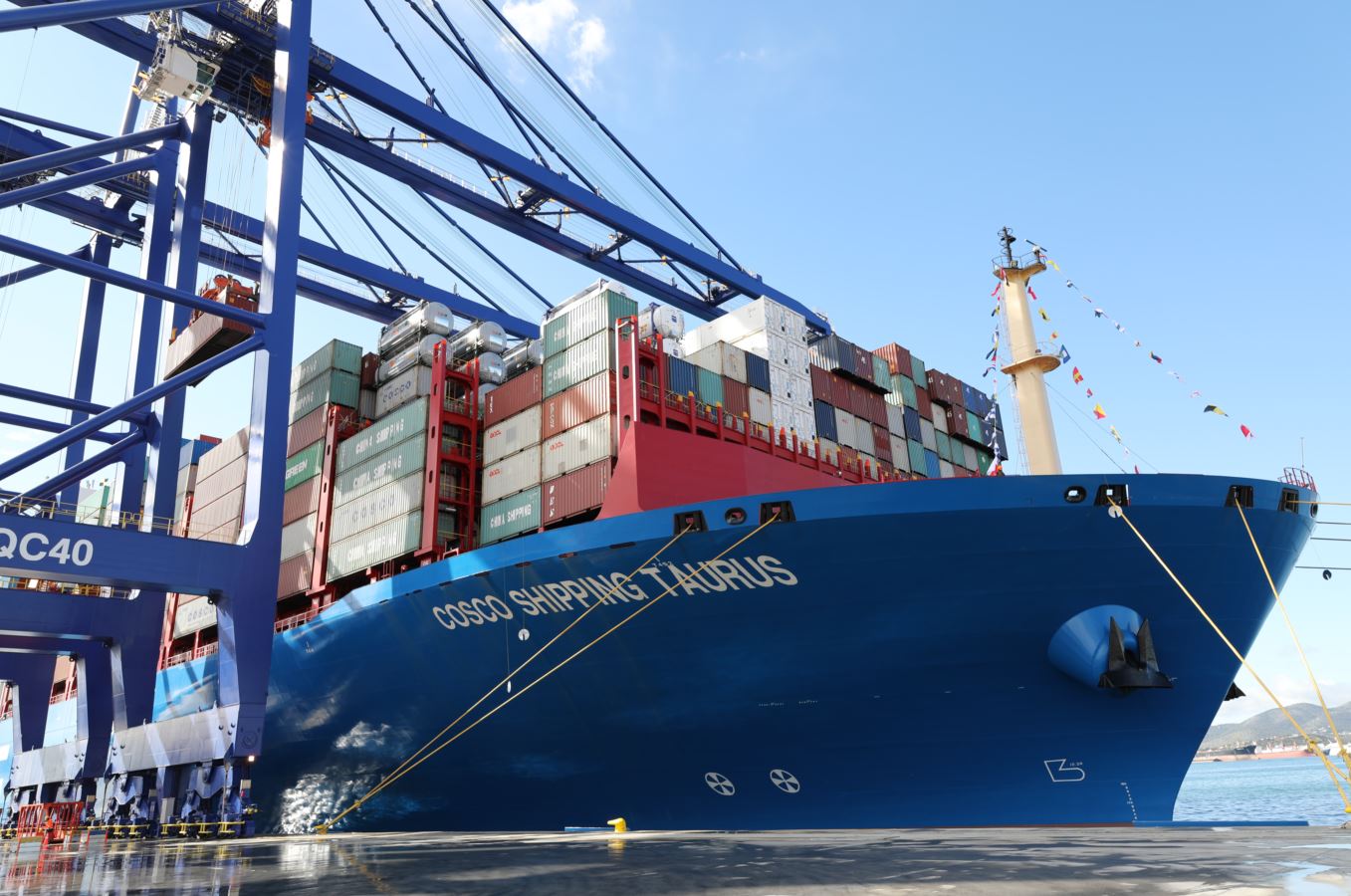 On February 26, 2018, Cosco Shipping Piraeus Container Terminal (PCT) put into service its third 20,000 TEU container berth while receiving M.V. “Cosco Shipping Taurus” on her maiden voyage. It was the first time that a 20,000 TEU+ ultra-large containership called at a port in Greece.

In November 2008, COSCO Shipping Ports won the international bid for the concession of PCT Piraeus Container Terminal SA, its wholly-owned subsidiary, took over the No. 2 pier of PCT on June 1, 2010, followed by the construction of the No. 3 pier by reclaiming land from the ocean (partly under construction). The berth put into use this time lies in the No. 3 pier.

According to the plan, upon completion in early 2019, the No. 3 pier will cover an area of 340,000 square meters, featuring four berths with a water depth of more than 18.5 meters and a coastal line of nearly 1,400 meters. It will be fitted with 13 double girder bridge cranes, 6 rail-mounted gantry cranes and 24 electric tyre cranes with a designed annual throughput of 3 million TEU. Coupled with that of the No. 2 pier, PCT’s annual throughput will hit 6.2 million TEU then.

Taken into account the No. 1 pier managed by the Piraeus Port Authority (PPA), Piraeus will own five berths able to accommodate containerships with a capacity of over 10,000 TEU, and see an annual throughput of 7.2 million TEU, ranking No. 1 in the Mediterranean in terms of port facilities.

From 2010 to 2016, Piraeus’ container throughput more than quadrupled from 880,000 TEU to 3.74 million TEU, a drastic ranking rise from the 93rd place the 38th place among container terminals all over the world. In 2017, Piraeus’ container throughput was expected to move up in the ranking as its throughput hit a record high of 4 million TEU. In addition, PCT made efforts to optimize its operation process and became the most efficient terminal in the Mediterranean in 2017.

Cosco Shipping Taurus” is the second 20,000 TEU+ ultra-large containership operated by Cosco Shipping, with an LOA of 400 meters, molded beam of 58.6 meters, maximum draft of 16 meters, design speed of 22.5 knots/hour, maximum deadweight of 200,000 tons and maximum load of 20,119 TEU. Fitted with 1,000 reefer plugs, it was classed by both DNV-GL and China Classification Society (CCS).