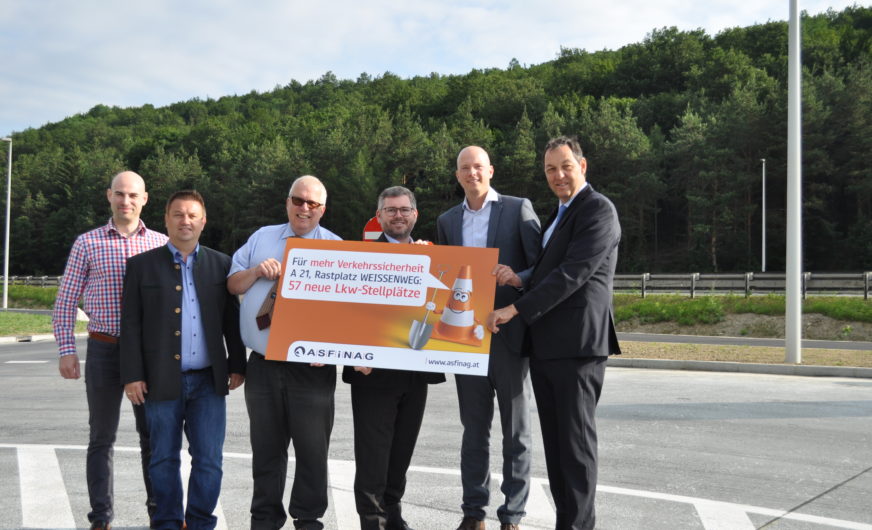 The Asfinag road maintennce company built a combined truck parking space on the A 21 motorway near Alland, which was officially opened on 17 June. The new “Weissenweg rest area” offers 57 parking spaces for heavy transport vehicles as well as areas for trucks and special transport inspections.
The new truck parking space near Alland is around 25,000 m². This corresponds to about four football fields. It is equipped with infrastructure including toilets and showers. For safety reasons, the site, like all Asfinag rest areas, is equipped with LED lighting, emergency call equipment and video surveillance with direct connection to the Asfinag Traffic Management Center in Vienna-Inzersdorf.
The area consists of two areas: in the direction towards A 1 West motorway, there is the stop and special transport check-place, in the direction towards the A 2 South motorway there is the entry to other control surfaces and the 57 truck parking spaces.
With around 65,000 vehicles a day and an above-average share of lorries (over 20 per cent), the A 21 Wiener Außenring motorway is one of the busiest highways around Vienna today. Especially with heavy snowfall, badly loaded or poorly equipped heavy transport vehicles come to their limits on the motorway with up to 13 per cent ascent. In the future, the “Weissenweg service area” will also be used in winter to park trucks that had to be left behind and salvaged.
With around 1,100 new parking spaces, Asfinag will continue to significantly expand its service offer for professional drivers in 2019 and 2020. They will create 400 truck parking spaces in addition to the more than 7,000 truck parking spaces this and next year. Almost half of the lorry rest facilities planned for 2019 are created in the Greater Vienna area alone.
This year, in addition to those on the A 21, the Parndorf / Neusiedl facilities on the A 4 East motorway in Burgenland will be operating in eastern Austria with more than 140 truck parking spaces. In Styria at the A 2 motorway near St. Johann and in Upper Austria at the A 25 Wels motorway near Sinnersdorf Nord, a total of almost 100 truck parking spaces will be added this year.
Moreover, important traffic routes such as the A 1 West, A 2 South, A 4 East as well as the A 12 Inntal and A 13 Brenner motorways will be equipped with modern parking spaces.
www.asfinag.at 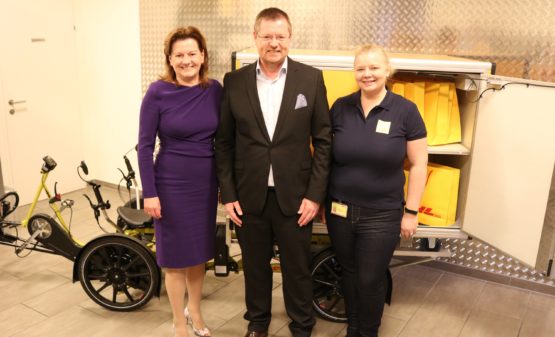 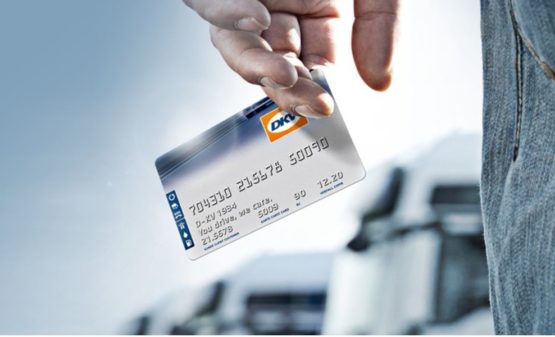