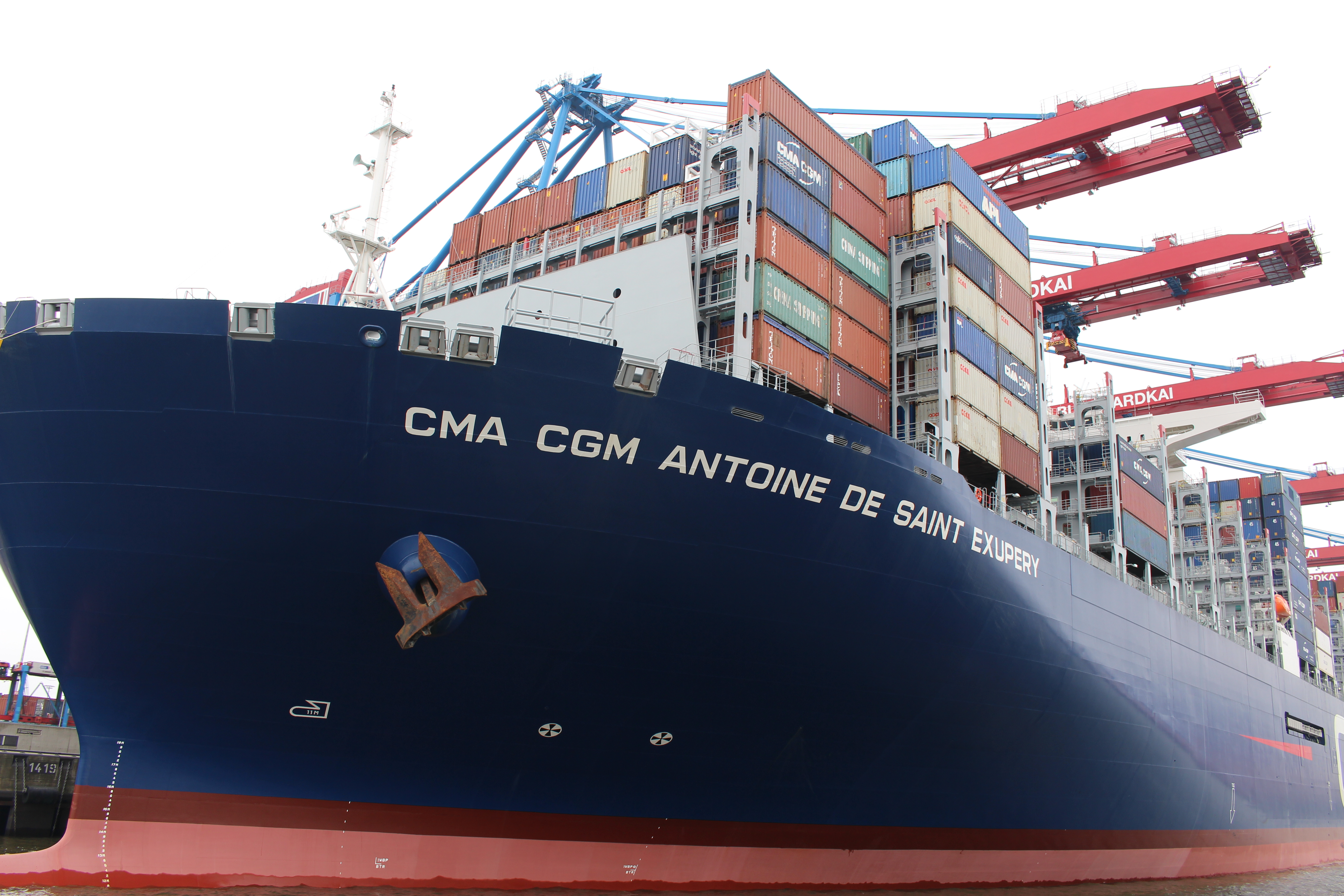 CMA CGM Antoine de Saint Exupery, the largest containership ever to call at the port on the Elbe, berthed in Hamburg early on 15 March. The maiden call by this ocean-going giant is a further milestone in the Port of Hamburg’s success story as one of the world’s most important and state-of-the-art container handling hubs.

The triumphant advance of the container, which has revolutionised the worldwide transport industry, commenced in the Port of Hamburg on 31 May 1968. The American Lancer was the first containership that berthed at Burchardkai that day. It was the first step in a new era that was to shape change in the Port of Hamburg for ever. Today container handling is the predominant load segment, reaching an annual volume of close to 9 million TEU.

Over the past 50 years, the Port of Hamburg has successfully adapted to new market conditions in order to retain and expand its competitive position in container business. A comparison between the American Lancer and the CMA CGM Antoine de Saint Exupery illustrates the pace of change. With a length of 213 metres, the first one was able to carry 1,200 TEU; 400 metres long, the latter one has a capacity seventeen times higher at 20,776 TEU. End-to-end, those containers would cover a distance of over 125 kilometres.

During her first call at HHLA Container Terminal Burchardkai (CTB), the mega-ship will be discharging approximately 7,000 TEU and loading 4,000. “Cutting-edge technology and a highly efficient hinterland network guarantee safe, reliable and punctual clearance,” the Port of Hamburg Marketing emphasises in its press release.

Burchardkai has two high-performance berths for handling the new 20,000-TEU containerships. The Hamburg terminal operator’s largest container gantry cranes are deployed there. Up to nine of them will be used simultaneously in handling the CMA CGM Antoine de Saint Exupery. In seven eight-hour shifts, HHLA’s terminal staff – crane drivers, stowage planners, van carrier drivers, foremen, supervisors and many others – will work on the ship almost continuously. HHLA has planned around 470 staff shifts.

Peter Wolf, CEO of CMA CGM Germany, regards the first call of the CMA CGM Antoine de Saint Exupery as being of immense importance: “We are absolutely delighted to welcome our new flagship here in Hamburg for the first time. She will play a key part in regular services between Asia and Northern Europe. That our largest vessels for decades are calling the Port of Hamburg demonstrates, not only our belief in the port, but also our efforts to achieve continuous growth on the German market.”