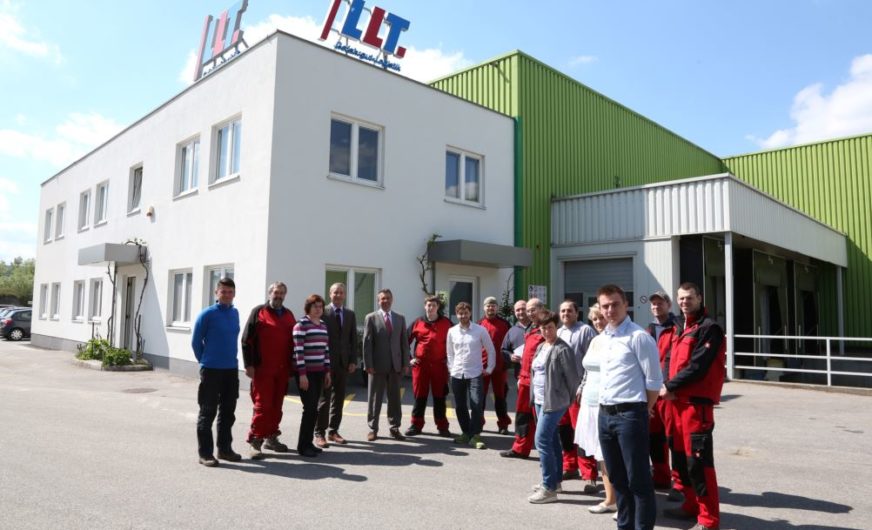 LLT see themselves as interface between industry, trade and consumers, ensuring that essential goods arrive where they are needed, while protecting the environment during treatment and transport of hazardous materials. The company is certified with the Safety and Quality Assessment System of the European Chemical Industry Association, and operates according to the ISO.9001 standard.

Also services such as identification checks, sales processing and consulting in the form of project management as well as training are part of the portfolio of LLT. On behalf of its customers the company takes over transport and storage of hazardous goods, as well as goods identification, which is required by law, but also inspections of incoming goods and order picking.

“Since it was founded at the site in Lannach on 30 April 1991, LLT has developed splendidly. Therefore in 1996 they opened the site in Korneuburg. Today both sites can store a total of over 5,900 tonnes on 9,000 m²,” says Christoph Mader, CEO LLT, responsible for quality assurance, finance and risk management.

“In order to maintain our high level and develop ourselves, we are constantly investing into the future,” says Christoph Mader. Since 2013, the Lannach site also allows to store products in a cold room with a capacity of 50 tonnes. The Korneuburg site saw the expansion of office space completed in 2015. The next expansion steps are in the pipeline for 2016 and 2017.

During the ceremony for the 25th anniversary, the internet portal of LLT – Dilos.net – was presented. This system is directly linking customers, suppliers, business partners and mobile employees to LLT’s warehouse management system. This provides the advantage of data that is available at any time. Also order status, stock movements and stocks can be seen on the website. “Our online portal is further evidence of our focus on customers and our pursuit of efficiency”, emphasises Christoph Mader.