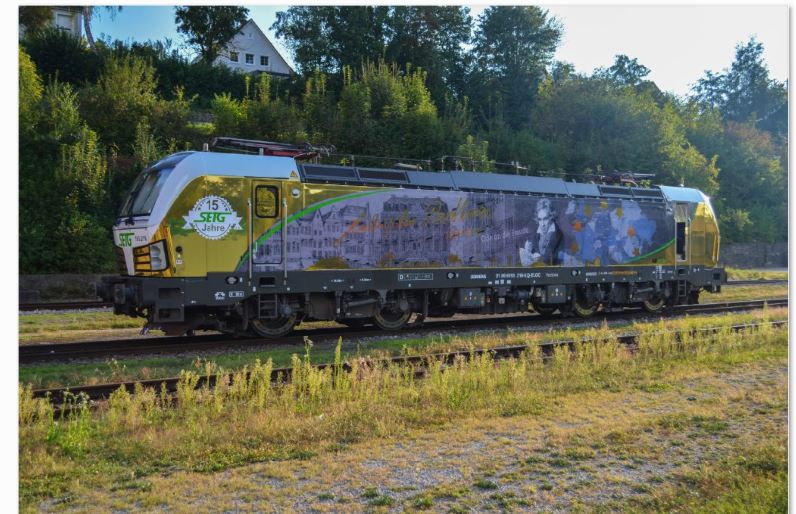 The first “Vectron” was taken over on 1 July 2014 in Linz, and immediately disposed for traction of block trains from Slovakia to Germany. SETG uses this 10th locomotive of the same type to provide national and international rail services between Hungary, Slovakia, the Czech Republic, Austria, Slovenia and Germany. All locomotives of this type are equipped with the new train securing system ETCS.

Managing Director Gunther Pitterka: “The sharp rise in demand for our solutions in the first half 2016 – 25 percent up in transport performance and 20 percent up in sales -have also let our locomotive fleet grow strongly: So this year, apart from the 10th “Vectron”, we acquired two large diesel locomotives of the ER 20 type (Siemens) and two more Vossloh G1700. In total, our locomotive fleet has grown to 31 units.

Bearing in mind the anniversary “15 Years of SETG”, the latest “Vectron” – 193.218 – has a European design in honor of Ludwig van Beethoven and the European anthem “Ode to Joy” which was composed by him. The “Europe locomotive” is now available for SETG-rail services in the above named countries. Like all rail services, also this “Vectron” will be disposed from the central site in Salzburg.